The final, which was witnessed by football pundits around the area, marked a memorable day. United Boys took the lead in the 30th minute from star striker Alieu Bah who scored the only goal of the game.

Speaking to Pointsports after the game, the chairman of Kunkujang Sports Committee, Mr. Lamin Kujabi, commended the participating teams and coaches for their co-operation during the course of the tournament. He urged the defeated team to take it in good faith as competition is a win or lose affair.

United Boys were awarded a trophy and a cash prize. 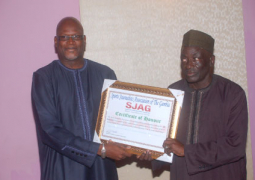 What do we know about cervical cancer Facts, Prevention, Symptoms, Diagnose and Treatments in the Gambia