UNFPA yesterday presented 40 computers to the ministries of Health, Youth and Sports, and the Gambia Family Planning Association.

The donation formed part of UNFPA’s efforts to further strengthen the capacity of health facilities to monitor the movement of reproductive health commodities and further create demand for reproductive health information and services for young people.

Speaking at the presentation ceremony held at the Ministry of Health and Social Welfare conference room in Banjul, Boureima Diadie, UNFPA country director based in Senegal, said their new strategy plan will start next year January 2014 through 2017 and will focus on two cluster areas of maternal health and young people.

He said his visit was to make some assessment, see facilities and note how some partners are doing in The Gambia, as well as to keep up with the traditional of visiting member countries.

He said their office in the country is doing a great job in relation with the Ministry of Health, adding that their intervention is in line with the national priority, which is based on the request of the government.

According to Momodou Mboge, UNFPA assistant representative, it has become a traditional partnership that they provide support to the Ministry of Health, especially in relation to data gathering and usage, in order to avert going out of stock at the health facilities.

This is the second series of presentation of computers which are specially aimed for one of the regional health centres in West Coast Region, he disclosed.

“UNFPA works with women and also with young people; that is why you have the youth minister to receive support on their behalf in order to revitalize or provide additional support for the regional coordinating canters,” he said.

He also said the Gambia Family Planning Association is also a traditional partner to the UNFPA which is why it receives support from the UN body, such as the computers, because there is great demand for it to increase family planning awareness and services.

For his part, Omar Sey, Minister of Health and Social Welfare, stressed that his ministry is committed to the memorandum of understanding signed between the UNFPA and the ministry.

He said they would revisit the plan of action before the end of this year and re-program some of the activities that can be shifted for next year while looking for their priorities.

He thanked the UNFPA on behalf of the government and the beneficiaries for the donation he said would be very useful.

Youth and Sports minister Alieu K. Jammeh said the donation marks a new era in their partnership with the UNFPA and “this time on a very strong foundation”.

He assured them that his ministry and the current dispensation will work very hard to ensure that what is desired by both of them is achieved at the end of the day.

He thanked the UNFPA for the renewed confidence in them because the real fact of the matter is they cannot do without addressing the matter of young people if they want to achieve the country’s development goals.

He added that they are much collaborative with the Ministry of Health in reproductive health.

Yankuba Dibba, executive director of Gambia Family Planning Association, said their relationship with the UNFPA has been long standing.

The UNFPA has been the traditional partner not only for his association but the entire Gambia government in providing the needed supplies, he noted.

He also thanked the UNFPA for their invaluable support to social institutions like his. 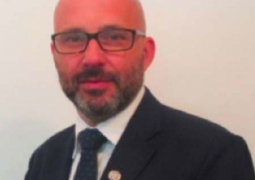