UNFPA boosts health ministry with vehicles worth over D2M 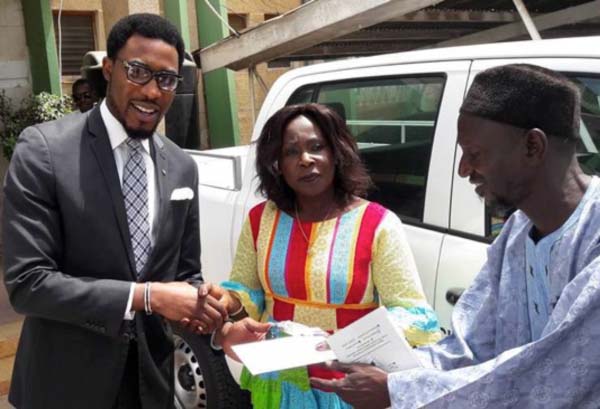 The United Nations Population Fund (UNFPA) country office in The Gambia yesterday handed over two new Toyota double-cabin pickups worth over D2 million to the Ministry of Health and Social Welfare.

The handing-over was done during a courtesy call on the new Minister of Health and Social Welfare Saffie Lowe-Ceesay, and was held at the Ministry of Health in Banjul.

The courtesy call was meant to renew UNFPA’s partnership with the health sector of the country in making sure that no woman dies giving life.

The head of the UNFPA office in The Gambia, Kunle Adeniyi, handed over the keys of two Toyota pickups worth to the Health minister as part of his organization’s continued support to Health System Strengthening in The Gambia.

The UNFPA country official indicated that his organisation has been a key partner of the Gambia government for over four decades, and would continue to support initiatives geared towards providing Gambians with quality health services, particularly on maternal health.

He highlighted the cordial relationship between the Ministry of Health and Social Welfare and his organization, and assured the minister that this would be continually strengthened to enhance the quality of health service delivery in The Gambia, and would not stop until they ultimately reach the last mile.

“UNFPA is the sole provider of contraceptives and maternal lifesaving drugs in The Gambia as in many other countries, and that partnership with government will continue to ensure that every child born has a mother to guide his or her growth and development,” he added.

Receiving the donated vehicles, Health minister Saffie Lowe-Ceesay commended UNFPA for its long-standing partnership and recalled that this was not the first time her ministry had received support of such nature from the organisation.

She said there are many areas where the ministry of Health needs support, and called for continued collaboration between the two institutions.

The donation came at the right time to support the government’s initiative to provide accessible and quality health services to the population.

The delivery of quality maternal health services would be further enhanced with this support, the minister added. 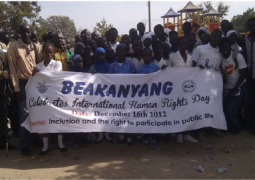