Domestic abuse, also known as spousal abuse, occurs when one person in an intimate relationship or marriage tries to dominate and control the other person. Domestic abuse that includes physical violence is called domestic violence.

Domestic violence and abuse are used for one purpose and one purpose only: to gain and maintain total control over you. An abuser doesn’t “play fair.” Abusers use fear, guilt, shame, and intimidation to wear you down and keep you under his or her thumb. Your abuser may also threaten you, hurt you, or hurt those around you.

Domestic violence and abuse does not discriminate. It happens among heterosexual couples and in same-sex partnerships. It occurs within all age ranges, ethnic backgrounds, and economic levels. And while women are more commonly victimized, men are also abused especially verbally and emotionally, although sometimes even physically as well. The bottom line is that abusive behaviour is never acceptable, whether it’s coming from a man, a woman, a teenager, or an older adult. You deserve to feel valued, respected, and safe.

Recognizing abuse is the first step to getting help

Domestic abuse often escalates from threats and verbal abuse to violence. And while physical injury may be the most obvious danger, the emotional and psychological consequences of domestic abuse are also severe. Emotionally abusive relationships can destroy your self-worth, lead to anxiety and depression, and make you feel helpless and alone. No one should have to endure this kind of pain—and your first step to breaking free is recognizing that your situation is abusive. Once you acknowledge the reality of the abusive situation, then you can get the help you need.

Signs of an abusive relationship

There are many signs of an abusive relationship. The most telling sign is fear of your partner. If you feel like you have to walk on eggshells around your partner—constantly watching what you say and do in order to avoid a blow-up—chances are your relationship is unhealthy and abusive. Other signs that you may be in an abusive relationship include a partner who belittles you or tries to control you, and feelings of self-loathing, helplessness, and desperation.

To determine whether your relationship is abusive, answer the questions below. The more “yes” answers, the more likely it is that you’re in an abusive relationship.

When people talk about domestic violence, they are often referring to the physical abuse of a spouse or intimate partner. Physical abuse is the use of physical force against someone in a way that injures or endangers that person. Physical assault or battering is a crime, whether it occurs inside or outside of the family. The police have the power and authority to protect you from physical attack.

Sexual abuse is a form of physical abuse

Any situation in which you are forced to participate in or degrading sexual activity is sexual abuse. Forced sex, even by a spouse or intimate partner with whom you also have consensual sex, is an act of aggression and violence. Furthermore, people whose partners abuse them physically and sexually are at a higher risk of being seriously injured or killed.

Emotional abuse: It’s a bigger problem than you think

When people think of domestic abuse, they often picture battered women who have been physically assaulted. But not all abusive relationships involve violence. Just because you’re not battered and bruised doesn’t mean you’re not being abused. Many men and women suffer from emotional abuse, which is no less destructive. Unfortunately, emotional abuse is often minimized or overlooked—even by the person being abused.

Emotional abuse includes verbal abuse such as yelling, name-calling, blaming, and shaming. Isolation, intimidation, and controlling behaviour also fall under emotional abuse. Additionally, abusers who use emotional or psychological abuse often throw in threats of physical violence or other repercussions if you don’t do what they want.

Violent and abusive behaviour is the abuser’s choice

Despite what many people believe, domestic violence and abuse is not due to the abuser’s loss of control over his or her behaviour. In fact, abusive behaviour and violence is a deliberate choice made by the abuser in order to control you.

Abusers use a variety of tactics to manipulate you and exert their power:

-Dominance – Abusive individuals need to feel in charge of the relationship. They will make decisions for you and the family, tell you what to do, and expect you to obey without question. Your abuser may treat you like a servant, child, or even as his or her possession.

-Humiliation – An abuser will do everything he or she can to make you feel bad about yourself or defective in some way. After all, if you believe you’re worthless and that no one else will want you, you’re less likely to leave. Insults, name-calling, shaming, and public put-downs are all weapons of abuse designed to erode your self-esteem and make you feel powerless.

-Isolation – In order to increase your dependence on him or her, an abusive partner will cut you off from the outside world. He or she may keep you from seeing family or friends, or even prevent you from going to work or school. You may have to ask permission to do anything, go anywhere, or see anyone.

-Threats – Abusers commonly use threats to keep their partners from leaving or to scare them into dropping charges. Your abuser may threaten to hurt or kill you, your children, other family members, or even pets. He or she may also threaten to commit suicide, file false charges against you, or report you to child services.

-Intimidation – Your abuser may use a variety of intimidation tactics designed to scare you into submission. Such tactics include making threatening looks or gestures, smashing things in front of you, destroying property, hurting your pets, or putting weapons on display. The clear message is that if you don’t obey, there will be violent consequences.

-Denial and blame – Abusers are very good at making excuses for the inexcusable. They will blame their abusive and violent behaviour on a bad childhood, a bad day, and even on the victims of their abuse. Your abusive partner may minimize the abuse or deny that it occurred. He or she will commonly shift the responsibility on to you: Somehow, his or her violent and abusive behavior is your fault.

The cycle of violence in domestic abuse

Domestic abuse falls into a common pattern, or cycle of violence:

-Abuse – Your abusive partner lashes out with aggressive, belittling, or violent behavior. The abuse is a power play designed to show you “who is boss.”

-Guilt – After abusing you, your partner feels guilt, but not over what he’s done. He’s more worried about the possibility of being caught and facing consequences for his abusive behavior.

-Excuses – Your abuser rationalizes what he or she has done. The person may come up with a string of excuses or blame you for the abusive behavior—anything to avoid taking responsibility.

-“Normal” behavior – The abuser does everything he can to regain control and keep the victim in the relationship. He may act as if nothing has happened, or he may turn on the charm. This peaceful honeymoon phase may give the victim hope that the abuser has really changed this time.

-Fantasy and planning – Your abuser begins to fantasize about abusing you again. He spends a lot of time thinking about what you’ve done wrong and how he’ll make you pay. Then he makes a plan for turning the fantasy of abuse into reality.

-Set-up – Your abuser sets you up and puts his plan in motion, creating a situation where he can justify abusing you.

Your abuser’s apologies and loving gestures in between the episodes of abuse can make it difficult to leave. He may make you believe that you are the only person who can help him, that things will be different this time, and that he truly loves you. However, the dangers of staying are very real.

Recognizing the warning signs of domestic violence and abuse

It’s impossible to know with certainty what goes on behind closed doors, but there are some telltale signs and symptoms of emotional abuse and domestic violence. If you witness any warning signs of abuse in a friend, family member, or co-worker, take them very seriously.

People who are being abused may:

-Seem afraid or anxious to please their partner

-Go along with everything their partner says and does

-Talk about their partner’s temper, jealousy, or possessiveness

People who are being physically abused may:

-Have frequent injuries, with the excuse of “accidents”

-Dress in clothing designed to hide bruises or scars (e.g. wearing long sleeves in the summer or sunglasses indoors)

People who are being isolated by their abuser may:

-Be restricted from seeing family and friends

-Rarely go out in public without their partner

-Have limited access to money, credit cards, or the car

The psychological warning signs of abuse

People who are being abused may:

-Have very low self-esteem, even if they used to be confident

-Be depressed, anxious, or suicidal

-Speak up if you suspect domestic violence or abuse

If you suspect that someone you know is being abused, speak up! If you’re hesitating - telling yourself that it’s none of your business, you might be wrong, or the person might not want to talk about it—keep in mind that expressing your concern will let the person know that you care and may even save his or her life. 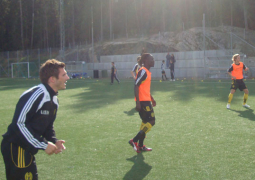