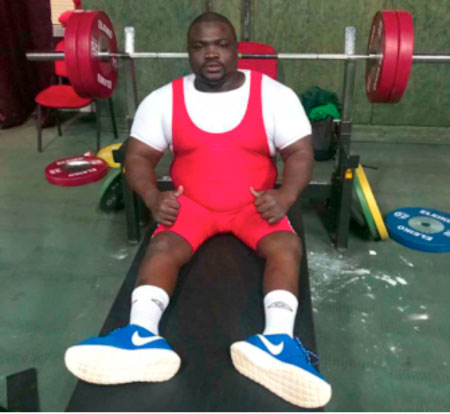 On Saturday Gambia’s Para Power-lifter Modou Gamo was among top powerlifters from across the world in search of a spot for the final qualifiers in Dubai in April 2020.  Now let’s look back at a dramatic final evening in the Nigerian, capital Abuja, which included no less than five world records as the host Nigeria made a triumph in the first World Para Powerlifting World Cup as they finished  the event in their capital Abuja on Saturday with a total of 28 senior and 17 junior medals.

An outstanding evening of action at the Abuja International Conference Centre came to a close with home lifter Uhunoma Emwiobaiwi claiming gold in the top men’s weight category of 107 kilograms and above. Silver and bronze medals went respectively to Georgia’s Iago Gorgodze and Giorgi Latsabidze.Abdulazeez Ibrahim added another gold to the home collection in winning the 97kg class with an effort of 210kg. Egypt’s Mohamed Ahmed took silver after lifting the same top weight, while Nigeria’s Adeniyi Omopekunola won bronze with a best of 160kg.Brazil also enjoyed a final night to remember as they took gold in the men’s 107kg and 88kg classes. Up-to-107kg gold went to Mateus de Assis, with Georgia’s AkakiJintcharadze taking silver and bronze going to home lifter Daniel Omogbai. The 88kg category was won by Evanio da Silva with 196kg as home lifter Mathias Monday took silver with 195kg and bronze went to Georgia’s Ahmad Razm with 187kg. There were two more home gold in the women’s competition, where current world champion Folashade Oluwafemiayo and London 2012 winner Loveline Obiji won the under- and over-86kg classes respectively.

The Gambia’s flavor on the final day was the participation of our top PowerLifter Modou Gamo who break his personal best of 120kg and set a new record of 135kg in the Up to 107kg categories. Big Papa as he is fondly called competed with the World’s recorded holders in the junior and senior categories. The Sinchu Baliya native got all his three attempts as he managed 3 clean pushes the +107 event and eventually booked a place in the final qualifiers for Para Powerlifting qualifiers for Tokyo 2020 in Dubai. 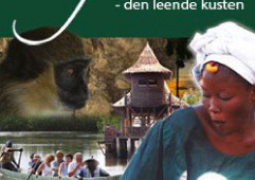