Despite their political difference and the on-going expenses scandal that hit described as the mother of all Parliament, leaders of the main political parties in the have urged people to reject the far right from gaining any political achievement in the country. It is an open secret that many in the country are truly wary about the rise of the far right, especially when the British National Party (BNP) won two seats in the recent local and European elections.

Mainstream politicians and critics of the far right feared that, the BNP leader Nick Griffin will now have a ''platform to preach hatred and try to divide the people through the colour of their skin''. Even prominent university student leaders and scholars are equally worried that educational institutions may be used for such purposes. Thus, in a letter entitled 'Hope not Hate' addressed to this correspondent the Students Union described the BNP as a ''fascist party'' and said they want responsible people to join the campaign against them from gaining any more seats.

The letter states: ''It is worryingly the BNP pose a real threat, especially in the North West, where they only need to add 2 per cent to its 2004 vote of 6.4 per cent, to be virtually guaranteed a seat''. The letter revealed that ''the BNP is also a threat in East and West Midlands, Yorkshire and Humber and also in . But they can be stopped''.

Unfortunately, the students and other concerned groups were rather too late because just few hours after reading the letter, the Point Newspaper learnt that the far right was gaining ground in those same predicted areas across the country, despite calls by the Church of England not to vote for the BNP.

In the House of Commons, Prime Minister Gordon Brown in a serious tone said: ''All of us must take serious action against the racist and bigotry of the BNP''. He complained that the BNP are so racist that they are even against ''mixed race marriages'' in the country.

On his part, David Cameron leader of the opposition Conservative Party noted that the BNP are ''bunch of fascist thugs and we should stop them''. He also added that ''we can do this by going door-to-door and speak to people about what they stand for''. Few hours earlier, Cameron said, the election result was ''desperately depressing and the main parties had to win back those who had voted for the far-right party''.

However, it will be fair to say that the BNP issue was the only topic the two leaders agreed upon and soon after both men continued on the heated Parliamentary Reform debate.

Cameron teased the Prime Minister that while ''you are defeated in an election I am pleased to see you in your place today''.

However, Brown punched back and accused the Tories of cutting public spending to 10 per cent and further noted that it is unimaginable to do that ''in the time of recession''

But it seems the Prime Minister was under attack from all corners when the leader of the Liberal Democrats stood and accused him of ''disappointing the people again and again, especially with Council Housing''. The Liberal politician who is quickly gaining ground in British politics disclosed that ''1.8 million people are currently waiting for new homes and Council money should be used to build more homes for the people''.

The Prime Minister promptly responded that ''an extra 1 million people have benefited from the government's housing scheme and so far eight million houses have been improved with £29 Billion, spent on social housing since 1997. The issue of Housing cannot be underrated in the debate as the BNP usually take advantage of delay in Housing provision as a ''platform to convert voters''.

Alistair Darling, Chancellor of the Exchequer, and Peter Hain, the newly appointed Welsh Secretary are equally concerned. Darling confessed, amongst others, that housing was an issue and said: ''People felt disillusioned with us and didn't vote for us... So we must fastrack our housing projects''.  Haine on his part, stressed: ''It's a shameful stain on that we now have racists and fascists representing our country. It is vital that everyone now isolates and confronts the BNP and works with United Against Fascism to defeat them''.

In a rather failed press conference in the front of Parliament, the BNP leader Nick Griffin was forced to abandon his meeting after protesters shouting ''off our streets Nazi scum'' pelted him with eggs. When the crowd

became more agitated and furious waving banners some reading ''Stop the fascist BNP'', the demonstrators kicked and hit his car with their placards before he was rescued by his bodyguards and forced to flee. The BNP leader later told BBC radio via phone that he wanted to dispel press reports about him and his party and accused the media of being '' too obsessed with race''.

It is a fact that the BNP are facing intense media criticism on almost daily basis and many are wondering how they obtained their votes against all the odds. However, prominent political observers believe that due to voter apathy, the far right used the opportunity to mobilise members in larger number who were willing to go out and vote at the detriment of the mainstream parties.

Weyman Bennett, the protest organiser and national secretary of the Unite Against Fascism, said he believes it was important to stand up to the BNP. He said: "The majority of people did not vote for the BNP. They did not vote at all. The BNP was able to dupe them into saying that they had an answer to people's problems. They presented themselves as a mainstream party. The reality was, because the turnout was so low, they actually got elected''.

Whatever the circumstances, it is vital to note that the has specific legislation on equality that outlaws discrimination and provides a mechanism for individuals to lodge complaints with the courts when they experience unlawful discrimination. Prominent lawyers and legal commentators say they are prepared to challenge ''the legality of the BNP,'' especially now that they won seat in the European Parliament.

The alleged media hysteria over the expenses scandal continues and so far costs more than a dozen minister and other MPs their job. Even though some of the expenses are as little as £5 or a box of chocolate, toilet rolls or female window dressing, MPs are not spared by voters. The MPs said in their defence they were acting within the Rules of the House of Commons but public opinion seems otherwise. In order to ''restore the reputation of the House of Commons'', Michael Martin becomes the first Speaker in 300 years to be forced out of office, following fierce criticism over his handling of the expenses controversy.

Despite the resignation and apology, the revelation by the country's free, vibrant and uncompromising media continues. The press insisted that the revelation was done purely in the public interest, and will continue such disclosure whatever the consequence may be. 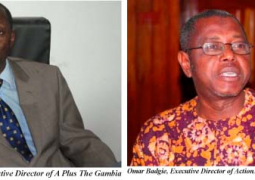