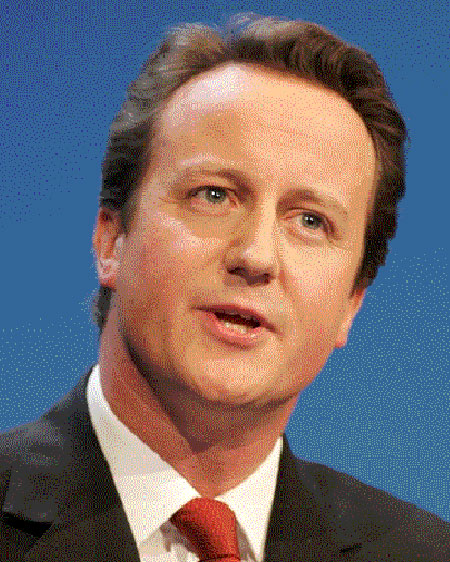 The Conservative Party in UK simply known as Tories also published its 2010 election manifesto asking the electorate to vote for them for 'a better tomorrow'. The Tories further called on voters to donate to the party for that change to happen.

According to experts and historians, 'Toryism' is a traditionalist political philosophy, which grew out of the Cavalier faction in the 'Wars of the Three Kingdoms'. However, it is recognized that Toryism is most prominent in the UK, but also features in some parts of The Commonwealth, such as Canada.

Economy: According to the Conservative's manifesto, if elected, the party will be ensuring 'macroeconomic stability and cut waste'. The party promises that it will take immediate action to start cutting 'government waste', with the plan to 'spend a net £6 billion less in 2010-11 than Labour would'.

The Tories also pledged that they will introduce a one-year public sector pay freeze in 2011 which will not include the one million lowest paid workers. It will also hold a review to bring forward the 2026 date at which the state pension age starts to rise to 66 - to no earlier than 2016 for men and 2020 for women.

The Conservatives said that they will also 'stop tax credits' to families with incomes over £50,000; cut spending on Child Trust Funds for all but the poorest third of families and families with disabled children; cap the biggest public sector pensions above £50,000; and introduce a 5 per cent pay cut for Ministers, followed by a 5-year freeze, and a 10 per cent reduction in the number of MPs.

Health: The Conservatives alleged that 'Labour promised to save the NHS... but today, despite the massive increase in spending, the gap in health outcomes between the UK and the rest of Europe has actually widened'.  The Tories further alleged that a 'decade of top-down, bureaucratic mismanagement' has 'consistently undermined the professionalism and motivation of NHS staff and skewed NHS priorities away from patient care'. They added that the current system is creating a 'culture where ticking boxes is more important than giving patients the treatment they need'.

Despite the millions of pounds invested in the NHS by the current government for improvement, the Tories still maintain that it is 'the party of the NHS' because it will fully back the 'values of the NHS'. Thus, it said specifically, it will increase spending on the NHS every year, amongst others, to give patients the right to choose a GP.

The Tories said they will make sure the NHS focuses on the 'things that matter to patients' ... and make sure patients can get all the 'best new drugs they need for free on the NHS'.

Universities and Skills: The Conservatives promised that they will provide 10,000 extra university places in 2010; introduce an early repayment bonus on student loans which are repaid ahead of schedule, and work to improve the way that universities are funded so that students get a 'fair deal'.

The Tories said they will provide people with much better information about the 'true costs and benefits' of going to university, and help people choose the course and institution which is right for them; create an extra 100,000 apprenticeships and pre-apprenticeships each year; give small and medium businesses a £2,000 bonus for every new apprentice they hire. The Tories said that they will make it much easier for firms to run apprenticeships; provide an extra 100,000 college places over two years so unemployed young people can 'improve their skills'.

Foreign Affairs: The Tories also said that their approach to foreign affairs is based on a 'belief in freedom, human rights and democracy'. The party declared: 'We are sceptical about grand utopian schemes to remake the world... We will work patiently with the grain of other societies, but we will always support liberal values and human rights because they provide the foundations for stability and prosperity'.

The Tories pledged that in order to achieve those goals 'we have adopted five major themes to guide our approach to foreign affairs'. These includes: The creation of a National Security Council to integrate at the highest levels of government the work of foreign, defence, energy, home and international development departments and commitment to the transatlantic alliance.

Crime: The Tories who are accused by their opponents of 'scaremongering' insisted in their manifesto that 'there are a million violent crimes a year; a hundred serious knife crimes every day'. It added that yet 'police officers spend more time on paper work than they do out on patrol'.

The Tories accused Labour of 'obsession with bureaucratic targets and box-ticking which has hindered the fight against crime'. Thus the party is claiming that the 'criminal justice system is broken'.

Therefore, the Tories said, 'our aim is to restore responsibility and discretion to the police - getting them out of police stations and out onto the streets fighting crime - while making them truly accountable to the people they serve'.

Europe: According to their manifesto, the Conservatives will be active and energetic in the EU, promoting Britain's interest and engaging in the shared challenges all European countries face such as 'global competitiveness, global poverty and global warming'.

The Tories alleged that Labour and the Liberal Democrats 'broke' their promise of a referendum on the Lisbon Treaty, 'a betrayal of democracy'. So the Conservative Party said it will deal with the worst problems caused by the Treaty. This, it said, includes to changing the law so that 'never again would a government be able to agree to a Treaty that hands over areas of power from Britain to the EU without a referendum'.

A Conservative Government will also introduce a United Kingdom Sovereignty Bill, to make it clear that ultimate authority over our laws 'stays' in this country.

The Conservatives, described by pundits as 'Euro skeptics' accusing it of isolating Britain from its EU partners, further alleged that the Lisbon Treaty allows a number of changes to the EU's rules without a new Treaty; therefore they would 'change the law' so that any use of these 'ratchet clauses' would require full approval by Parliament. The Conservatives maintain that they 'will never sign up to a European Public Prosecutor'.

Justice: According to the Tories, under Labour, the prison system is 'in crisis', and incapable of properly 'rehabilitating prisoners'. The Tories said prisons are chronically overcrowded, reoffending rates remain very high, 100,000 persistent offenders are responsible for more than half of all crimes, and 80,000 prisoners have been let out early from prison because of 'Labour's mismanagement' of the prison system.

Thus the Conservatives are determined that 'early release' will not be reintroduced, and it will 'redevelop the prison estate' and increase prison capacity as necessary to stop that happening; introduce a system of honesty in sentencing where judges can give some categories of offender minimum and maximum sentences, and prisoners who want to be released after serving the minimum will have to earn their release through participation in education, rehabilitation and work programmes.

The Tories promise they will 'protect and strengthen our civil liberties' and will 'replace the Human Rights Act with a UK Bill of Rights; roll back Labour's surveillance state, curtail powers of entry for state officials, and introduce new protections over the use of personal data'.

The Tories said they will conduct reviews of family law, legal aid and the libel laws; scrap ID cards immediately; reform Labour's DNA system with the slimmer and more efficient Scottish system as our model and change the rules on the DNA database to allow a large number of innocent people to 'reclaim their DNA immediately'.

Environment: According to the Conservatives, they will make 'Britain greener by tackling climate change and protecting and enhancing our environment'. Quality of life and environmental issues must be at the heart of politics,  said the Tories, which is why 'we have pledged to improve Britain's environment by working towards zero waste, providing incentives to recycle, encouraging sustainable water management, and taking action to help our wildlife at home and internationally'.

The Conservative's manifesto also revealed that they will 'produce a White Paper' on protecting the natural environment, including a focus on restoring habitat; pioneer a new system of conservation credits to protect habitats and create incentives to invest in wildlife.

Community Relations: The Tories also said that they will be 'building stronger, more integrated communities which is central to our vision for Britain'.

The main opposition party alleged that 'under Labour, state-driven multiculturalism, uncontrolled immigration and the threat of extremism have led to an increase in distrust and segregation, and left us with divided communities'. Thus Conservatives suggest they would: Introduce a clear strategy for national integration to build a stronger and more united society; make English a priority for all communities by redirecting some of the money the Government currently spends on translation into additional English classes.

According to the Tories, they will also 'teach history in our schools to promote our shared values and history, ensuring children are taught a proper narrative of British history'.

Cleaning Up Politics: The Conservatives promise that they will 'strengthen Parliament so that it acts as a proper check on the power of ministers; reduce the number of MPs by 10 per cent as part of a wider series of reforms to cut the cost of politics. They also said that the party will ensure each vote has equal value by reducing the wide discrepancies between constituency electorate sizes; restore the 'integrity of the ballot' and give voters the right to 'kick out MPs guilty of wrongdoing'.

Big Society: According to the Tories, they will set out an ambitious agenda to build a 'Big Society' based around social responsibility and community action. Under a Conservative government, charities, voluntary groups and a new generation of community organisers will help tackle some of the most stubborn social problems, their manifesto added.

Thus a Conservative government will, amongst others: establish a new Big Society Bank, using money from unclaimed bank accounts to leverage hundreds of millions of pounds of extra finance for neighbourhood groups, charities and social enterprises.

The Tories also pledged that they will introduce a National Citizen Service, a new volunteering programme to help 16 year olds develop their skills, mix with people from different backgrounds and get involved in improving their communities.

Businesses: As far as businesses are concerned, the Conservatives said their 'goal is simple' as it will make 'Britain the easiest and the best place in the world to set up and grow a business'. Thus they pledged to 'stop Labour's jobs tax that will kill the recovery'.

Supporting older people: As well as recognising the contributions older people make to society, the Tories promise to help those elderly people who are amongst the most 'vulnerable' in our society.

Therefore, they said they will look at ways of creating more personalisation in health and social care, and more patient power; introduce a new 'home protection scheme' that will end the desperate situation whereby tens of thousands of older people are being forced to sell their homes each year to pay for residential care at the end of their lives.

Tackling the Cost of Living: The Conservatives said they will strongly value the role older people play in families and in society, and will not let them suffer because of the economic mistakes of others. Thus they pledged to pensioners to protect: 'the winter fuel payment; free bus passes; free TV licences; disability living allowance and attendance allowance; and the pension credit'. 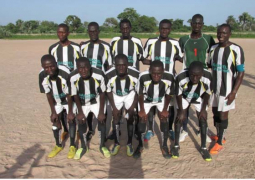