Two men were recently arraigned at the Brikama Magistrates' Court before Magistrate Pa Harry Jammeh, on charges of conspiring to murder one Isatou Jallow.

Both Ajib Jallow and Bakary Bah have denied the charges of conspiring to murder one Isatou Jallow of Bullock, said to be a girl friend to Ajib Jallow.

The case was adjourned to 24th June for hearing.

Meanwhile, Momodou Jang Bah and Alfusainey Jallow on the same day were convicted and sentenced by the same court to two years in prison, with hard labour following their plea of guilt for assisting Ajib Jallow to effect his escape following the murder of Isatou Jallow.

The Prosecution Officer, Inspector Sulayman Keita, told the court that it was on 4th June 2009, by midnight at Foni Bullock, in Western Region, Ajib Jallow, the alleged murderer of Isatou Jallow, communicated to his friend, Momodou Jang Bah, that he had an accident along the Soma Highway from Brikama and that he needed his assistance. He said Momodou Jang Jallow upon receiving this information left for Bullock where he found Ajib Jallow and the dead body of Isatou Jallow.

He said there Ajib told his friend, Momodou Jang Jallow, a taxi driver, that Isatou died as a result of an accident, but he needed his friend's assistance to desert, who agreed and took him to Kuloro.

He said that at Kuloro they met Alfusainey Jallow, who directed them the way to get to Senegal, where Ajib was arrested. 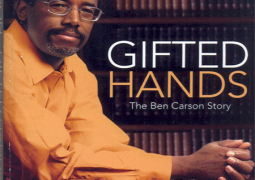