The ongoing trial involving the Australian-based Carnegie Mineral Company and its principal employee, Charles Northfield, a British national, took a dramatic twist last Friday when the Special Criminal Court Judge of the High Court issued a bench warrant for the arrest of the second accused person, Charles Northfield, whenever sighted and be extradited to The Gambia for trial.

Andrew Charles Northfield alongside his employer, Carnegie Mineral Company, is standing trial on three counts of economic crimes and one for theft.

He denied all the charges leveled against him.

Justice Moses Richards issued this warrant following an application made by the prosecution.

Charles Northfield is said to have departed the jurisdiction.

DPP Richard N. Chenge earlier on told the court that he had discovered from the registry that there was an order for a deposit of D5m cash and two title deeds worth D2m each. He said the accused person could not have sureties for the said title deeds, but had deposited a total of D4m to secure his bail, noting that in effect Andrew Charles Northfield had deposited a total of D9m to secure his bail.

Hence he applied for the D9m to be forfeited to the state and any interest accrue there from be fortified to the judiciary of The Gambia.

The court held that the service made to the second accused, the principal employee of the mining company, be deemed good and sufficient service for the first accused, Carnegie Mineral Company, to appear in court in the next sitting.

The court further stated that the earlier order for the sureties to appear to show cause why they should not produce the 2nd accused be vacated, hence the second accused, Charles Northfield, secured no Gambian surety, but rather deposited D4m to secure his bail. 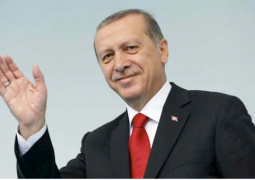