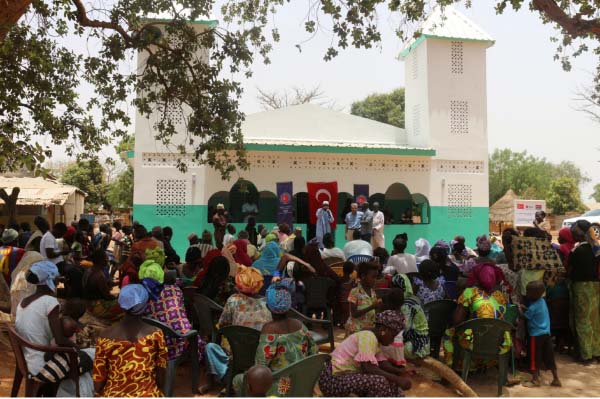 The construction of the mosque, which has the capacity of accommodating three hundred (300) worshipers, was financed by the Turkish Cooperation and Coordination Agency (TIKA).

The event was also attended by the Representatives of the NBR Governorship, the Village Alkalo, residents of the village, neighbouring villagers and worshipers from far.

TIKA has granted 40,000 Euros (2 million Dalasis) for the construction of the said mosque. Along with the mosque, TIKA also provided the sound equipments in the mosque, solar energy unit and a generator for electricity.

During the opening ceremony, the Ambassador and other speakers underlined the significance of the long lasting friendship and brotherly relations between Turkey and The Gambia and reiterated their intention to enhance the relationship.