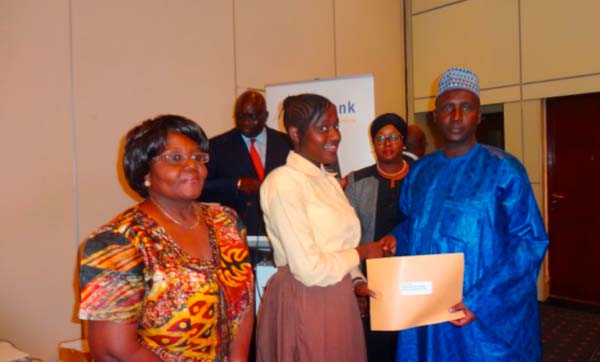 The presentation ceremony, attended by parents, teachers, Trust Bank staff, guardians and principals, was part of activities relating to the Trust Bank Excellence in the Millennium Award.

During the presentation ceremony held at the Kairaba Beach Hotel, each of the award-winning students of various schools received certificate of achievement and an opening savings account of D5,000.

Methodist Academy received a cheque for D20,000 for producing the highest number of the most outstanding students.

Delivering a statement on the occasion, Oreme Joiner, General Manager of Trust Bank Gambia Limited, said the occasion was the 13th Edition of the Trust Bank Excellence in the Millennium Award to the most outstanding students of the Gambia Basic Education Certificate Examination class of 2015.

“At Trust Bank, we remain passionately committed to the promotion of quality education as a prerequisite to national development,” he said, adding that the Excellence in the Millennium Award was to recognise and motivate students to put up exceptional performance in their studies.

Each of the ten awardees received a certificate, an opening savings account of D5,000 and a new RLG laptop.

The bank also awarded the school that had produced the highest number of awardees with a certificate of excellence and D20,000, as well as D10,000 to the school that produce the best or most outstanding student.

He commended the award-wining students and encouraged them to continue to work hard in their subsequent programmes of study.

He also recognised the “tremendous effort” of the Ministry of Basic and Secondary Education and all stakeholders in the national pursuit for excellence in education.

“It is for this reason that I want to place on record that Trust Bank pledges to continue its role in improving the education sector,” he said.

He reaffirmed the bank’s commitment to partner with government and other stakeholders to fulfill the development agenda of government in other key development areas such as health, environment and sport.

He also commended the hardworking students, teachers, parents and awardees for their outstanding performance and encouraged them to continue to strive for better results in their Grade 12 programme.

Also speaking at the ceremony, the permanent secretary at the Ministry of Basic and Secondary Education, Babucarr Bouye, said the occasion took place at a time the drafting of a new education policy had just been concluded and its implementation has started in earnest.

He said the policy, which does not only seek to consolidate the gains made during the implementation of the previous one, also aims at promoting excellence in teaching and learning with a view to optimising learning outcomes for students at every stage of their career in the education system.

PSBouye extended sincere thanks and appreciation to the bank and its management for initiating and sustaining the Millennium in Excellence Award.

He reiterated his ministry’s readiness to continue to work with the bank to take education to higher heights. 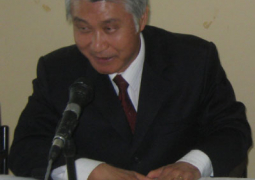