The criminal trial for conspiracy to defraud and obtaining money by false pretence, involving Saikou Trawally, Sulayman Sidibeh and Yaya Jallow, has reached it's climax before Magistrate B. Secka of the Brikama Magistrates' Court.

In his defence testimony, Saikou Trawally, denied the charge against him.

He said they stopped his vehicle, and explained to him that they had a breakdown. They asked him to lend them a mobile phone to make a call, which he did.

After making the call, the complainant, Sainey Jarju, asked his name and address.

Sainey Jarju then explained to him that he was going to meet somebody at Kerr-Sering, and that was the guy he was calling to meet him at the Coconut Junction.

Saikou Tarawally further told the court that, a few minutes later, the man met them at the junction. Sainey introduced him to the man, who said his name is Ousman Kujabi, and that he is a marabout residing at Brikama Gidda.

He further narrated that, on the evening of the same day at around 5.00pm, Ousman Kujabi called him and asked whether he did not want any help from a marabout, but he told him that he is not interested in marabout affairs.

Two months later, Trawally went on, he received a telephone call from the Brikama Police Station, and was told that the police needed him. Subsequently, he was arrested at Churchill's Town, he told the court.

At the police station, the station officer told him that Sainey Jarju lodged a complaint that he gave money to a marabout, Ousman Kujabi.

Trawally said he was later released, based on the grounds that Ousman Kujabi said he was going to repay the money in three months time. He told the court that, after two months, he was re-arrested. Hearing continues. 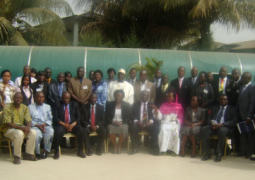