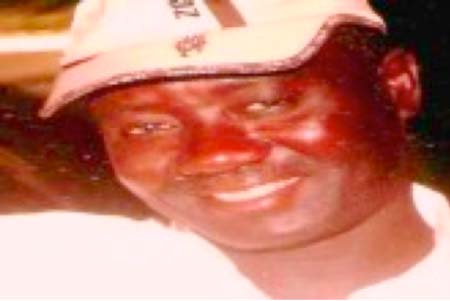 Some people are quite simply irreplaceable. But it is only in their absence that we truly get to know this. Like the Owl of Minerva, this knowledge flies at dusk, after the subjects had departed.And, here, one is not talking about the irreplaceability of, for instance, a parent or a child or a sibling, but that of a friend, whose distinctive blend of qualities and talents made him seem somehow taller, broader and deeper than any one of us; the “thinker-in-chief”, whose seat must be retired, because we will all look puny in it.

Such a person was Medoun Jobe.He was the intellectual laureate of a wide tent of acquaintances and friends who have been hanging out, regularly, religiously for the past decade or so at Tara’s restaurant, Kololi; where one has a lively traffic of people going and coming all day long. Imagine then, the groundswell of shock and sadness that gripped the place when we got news of our laureate’s sudden passing. No goodbye’s; no last words; and so much left unsaid.And one is further flummoxed by the dreadful thought that this man, with his heavy-water brains, his refined, gentlemanly manners, his wit and humour, will never grace our table or our lives again. This short tribute is our way of saying goodbye to a man who had been an enriching presence in our lives. His passing has left an unfillable vacancy at our table. One mourner, who came to sympathise with us, captured the melancholy perfectly: “sen tarble-bi wayte na”!

He was an elder member of a group whose members’ ages ranged from twentysomethings to seventytysomethings. Some of us called him uncle Medoun, and in our naughtier moods, we called him, ‘maam’, grandpa, in wollof. A taunt he simply would not put up with. “Duuma sen maam”, ‘I am not your grandpa’, would be the immediate, mock-irritated, reply. But so was the man: mild and forbearing, yet full of zest and gusto; a youthful spirit and clubbable habits.

He was quite a man; a treasure trove of ideas, facts of all kinds, opinions, speculations and all sorts of abstruse arcana. His was a mind overbrimming with gourmet catch: ‘Let’s wait for uncle Medoun’,’ let’s call uncle Medoun’, let’s ask uncle Medoun’ – these were our ritual refrains when uncle Medoun was not around to settle a point of disagreement, uncertainty, or whatnot. Like an encyclopedia-on-legs, he gave us answers. His memory was prodigious, and he seemed to have read everything. There wasn’t a single topic of discussion on which uncle Medoun could not make an intelligent contribution. He could quote reams of poetry, from Shakespeare to Whitman to Frost to Blake and Wordsworth. Had it ended there, perhaps some of us would have been able to keep the lid on ‘envy’s fiercer rage’, but it did not end there: he was just as widely read in French as in English. We learnt a thing or two about Senghor’s poetry from him.

His knowledge of the Wollof language, its grammar, syntax, semantics, and the etymology of its words, was second to none. But that was not surprising: he had taught Wollof to the US Peace Corps for many years.In fact, we spent the last year or so of his life goading him to break new ground by writing a tri-lingual dictionary of Wollof, English and French.He was to be our Dr. Johnson, the 18th Century English man-of-letters, who was the first person to compile an English language dictionary. What a loss that it never came off.

His intellectual extravagance was matched only by his ethical high-mindedness; because he knew that one’s intellectual abilities might be all well and good, but they were not an index to one’s ethical character, the spiritual stuff that truly matters in our lives. He therefore cultivated in himself the graces and virtues of an educated sensibility: honesty, respect, courtesy, love of learning, a feeling of goodwill towards our fellow travelers, and so on. He used to say that he had no enemies: meaning that he considered no one his enemy: a truly civilized man.

He studied English, among other things, at university in the US, and as such, drank deep in the Western literary canon. It wasn’t surprising then, that the arc of his imagination was tilted towards the secularist, rationalist, and materialist: the foundational concepts of Western ‘modernity’, if you like.And he understood that mere conventionality was not the same thing as morality, and that the path to the latter was through ‘reason’, only.So he applied his reason to organize his experience, unbounded by the inherited, stock narratives.But when one does this, in a society with Old World sensitivities, where conformity is the rule of the roost, then perhaps one should not be surprised when the self-appointed gate-keepers, with their susceptibility to absurd outrage, lash out with molten self-righteousness to chastise the brazen prodigal. Even in death, especially in death! His main problem was he couldn’t do hypocrisy; would not do cant, and refused to play to the gallery. Indeed, he ignored the gallery, altogether. He bowed neither to petrified precepts nor to misbegotten concepts or upstart authority. He was what one might call a ‘Romantic Rationalist’. His main failing, or rather, his intellectual treason was that he had not published any ‘serious’ work in his life time, for a man who could have produced a sizeable literary oeuvre.“Tis a pity’, in our neck of the woods, with few exceptions, those who should write, don’t; those who shouldn’t, do; to our hearts’ discontent!

The weaknesses and flaws such as he had only proved that he was only too human, after all. ‘To err is human; to forgive, divine’.The divine spirit looks to the best in men, not the worst in them. No one is equally wise or prudent at all times. As friends, or even as a nation, we should border one another and provide protection and love against these unruly flaws that afflict all humans.

‘Let him without sin cast the first stone’.

His death, for us, was an ‘emotional milestone’, forever foot-printed in our hearts and minds. But we will not let the cloud sit on our brows, as the poet advised: we will remember and continue the elevated and captivating conversations; the mirth and jollity; and the jokes, galore.In the scale of true desert, he was among the stars, and we stood on his shoulders to see things we would otherwise not have seen. He belonged to an Aristocracy of Talent, and we believe that he would have approved of these haunting lines, as his parting homily:

I am following the path God has laid you see.

I took his Hand when I heard Him call.

I turned my back and left it all.

I could not stay another day,

I found that peace at the close of the day

Be not burdened with times of sorrow

I wish you the sunshine of tomorrow

My life’s been full, I savoured much.

Lift up your hearts and peace to thee

God wanted me now; he set me free!”

We send our deepest sympathies to his family and all those who knew and loved him. 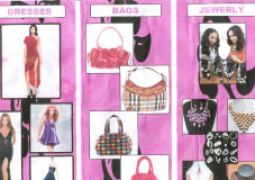 Where else if not HB’s Fashion Boutique!