Nineteen persons who were earlier arraigned before Magistrate Tabally of the Kanifing Magistrates’ Court on charges of indecent practices, reappeared yesterday to face an amended charge against them, following the allegation of homosexual offences they were previously charged with.

Defence lawyer Lamin Camara applied to the court for the defence counsel to be given the amended charge sheet, and his application was granted.

At the commencement of the trial yesterday, the first prosecution witness, Inspector Abdoulie Sowe, told the court that he is a detective police officer attached to Kairaba Police Station’s CID unit.

He said he recognized the accused persons.

He added that on 6 April 2012, he was at home between 11pm and midnight, when he received a telephone call from the security branch, Superintendent Colonel Mbye, who instructed him to report to Kotu Police Station.

Upon arrival, he found Mbye with detective Abdoulie Dibba, assistant superintendent of police Pa Sowe, and some colleagues of their unit.

There were some people that were said to be homosexuals, who had organized themselves in a place around Duplex in the Kololi area.

Mbye, inspector Sowe went on, instructed him to go with Abdoulie Dibba and Pa Sowe to go to the place, and investigate.

Upon arrival there, Pa Sowe and Abdoulie Dibba got seated somewhere within the premises, while he went and sat at the bar, with his digital camera, and got himself a drink.

He added that he observed, and saw the accused persons dressed in a female dress, dancing and moving like women.

He said he took a picture, and that after a couple of minutes he was approached by one of the accused, Kebba Ceesay, who asked why he was taking photographs.

He told Kebba Ceesay that he liked what he was seeing, because it was the first time to see men dressed like women.

Kebba Ceesay then asked him to delete the photo, adding that they would not accept taking their photo.

He further testified that he told Kebba that he would not delete it, and then took another picture.

Kebba Ceesay then insisted that he deletes the photos, and that when he asked why, Kebba Ceesay told him that what they were doing was against state policy.

Sowe also told the court that he used his discretion as a police officer, and got Kebba Ceesay out of the bar, to where they parked their car.

He added that ASP Pa Sowe found them there, and instructed him and Abdoulie Dibba to arrest Kebba Ceesay.

Ceesay was placed in the car together with one Ebrima Jallow, adding that Ebrima Jallow escaped, and was later arrested by the police taskforce sent to join them.

He further testified that Pa Sowe, Abdoulie Dibba and himself escorted Kebba Ceesay to Kotu Police Station, where Ceesay was cautioned and detained.

Under cross-examination by defence counsel Lamin Camara, the witness said he could not remember the number of people in the dancing parlour, adding that he could not identify them because all of them dressed like women.

Meanwhile, the accused persons were granted bail of D100,000 each with sureties asked to deposit their ID cards with the court registrar. 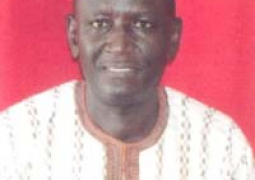 Forest users urged to be law-abiding