The case of willful damage to property and stealing involving one Omie Sidibeh continued recently at the Brikama Magistrates’ Court with the testimony of the first prosecution witness.

Fatou Sumareh testified and told the court that she is a businesswoman and that she knew the accused person.

She said that in February 2012, when she was about to travel she entrusted her suitcase containing D80,000 to the accused for safety.

The witness added that when she returned, she found the suitcase was damaged, adding that she asked the accused, who told her to check the contents of the suitcase whether there was something missing.

“The accused was arrested,” she said.

The suitcase and the remaining money were admitted and tendered as exhibits. 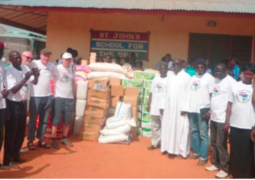