The trial of Juergen Odenwald, General Manager of Ocean Bay Hotel, on Friday continued at the Banjul Magistrates’ Court before acting-Principal Magistrate Alagba.

Continuing his testimony under cross-examination, PW1 Jatta told the court that four NDEA officers are working under him at the Bundung NDEA offices.

PW1 further told the court that normally officers posted at the Bakau Station would find it very difficult to carryout surveillance at in Bakau because “they are well known” in that area.

Defence counsel put it to PW1 that one Bakary Badjie was not arrested by PW1 but he instead obtained cautionary and voluntary statements from Bakary Badjie in front of the Ocean Bay Hotel.

The cautionary and voluntary statements of Bakary Badjie were later admitted and tendered as exhibit.

PW1 informed the court that the reason they asked the surety to bring his title deed was because “he is the principal suspect”.

When it was put to him that he did release all the other persons on bail that are connected with the case, PW1 responded in the positive.

The case was then adjourned until 29 July 2011 for re-examination. 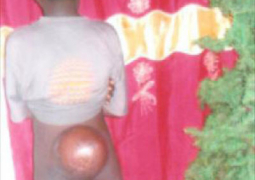