The 21-count indictment trial involving the former Director General of the National Drug Enforcement Agency (NDEA), Benedict Jammeh, and other senior officials of the agency was recently adjourned at the Banjul High Court before Justice M. Abdoulahi.

They are being tried under a 21-count criminal charge which includes economic crime, giving false information, fabricating evidence, abuse of office, negligence of official duty, theft and other crimes.

The case was adjourned, after the conclusion of the testimony of detective Inspector Abdoulie Sowe, till 13 February 2013, for continuation of the prosecution case. 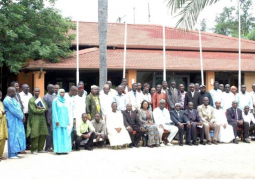