The Director of Operations of the West African Monetary Institute (WAMI), Mr. C.O. Odiaka, has stressed that travelling by road in is increasingly becoming a bad dream. " In some corridors, reports have indicated, there are up to 7 check points per 100km, essentially mounted for extortion and the harassment of travelers," he said.

The WAMI Operations Director made these remarks recently at the Paradise Suites Hotel during the opening ceremony of a two-day technical meeting of the trade, investment and taxes committee of the West African Monetary Zone(WAMZ).

According to him, the main issues associated with road transportation as of today include delays not only at the border posts and official checkpoints, but delays and stopping of vehicles at informal and illegal checkpoints and lack of coherence in paperwork and its application. He added that administrative barriers for imports and exports are certainly not effective instruments of restrictive trade policy. He noted that excessive documentation requirements and outdated and slow procedures are crude, imprecise, and indiscriminate measures, which hinder all trade and create an overall negative trading environment.

Mr. C.O. Odiaka went further to say that studies in 8 West African countries, as reported by the ECOWAS Commission, showed net transport cost of US$30million due to multiplicity of barriers, bribery and corruption and harassment of travelers. " Some studies have also shown that the cost of transporting a container by road from to (400km) cost 3 times as much as transporting the same container from to ," He said.

According to him, the meeting aimed to come up with concrete recommendations, that may include modalities for facilitating WAMZ intra-trade, reducing transport costs, time spent at borders and check points, and modalities for limiting bribery and corruption and ensuring a sense of transparency and common interest and purpose.

For his part, Mr. Yusupha A. Kah, Permanent Secretary Department of State for Trade, Industry and Employment said that in The Gambia, efforts have been made to strengthen and improve the trading and investment environment. "We also made progress in the implementation of various trade and trade related protocols of ECOWAS. The volume of trade between The Gambia and ECOWAS member states he said is gradually improving.

He reiterated The Gambia's firm support and commitment to regional integration, especially to WAMZ initiatives. 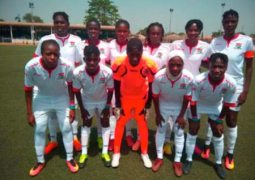