The Gambia Immigration Department (GID), in collaboration with UNAIDS on Monday began a two-day training for immigration personnel on HIV transmission, prevention and control.

Speaking at the opening ceremony, held at the GID Headquarters in Banjul, Nuha Ceesay, UNAIDS’ Country Officer, said the training is another milestone in the national response to HIV/ADS The Gambia.

He described the event as historic, as according to him, it is happening just after the high level meeting on universal access where renewed commitments and bold decision have been made to scale up efforts towards universal access and human rights for the people living with HIV and other vulnerable groups.

Ceesay explained that the impact of HIV and AIDS has been documented since the advent of the disease, and that the sub-Saharan Africa carries more than 70% of the burden disease.

He added that men and women in the uniformed services, including defense and civil defense personnel, as well as peacekeepers are also at the forefront of maintaining stability.

For his part, Alpha Khan Deputy Director of NAS said HIV and AIDS epidemic has resulted in controversial migration policies.

He said over 98% of the population are HIV negative, which he said, is a source of motivation for our collective actions and real challenge to ensure they remain negative.

He also implored the participants, as well as families, communities and institutions to ensure that they demonstrate their proactive leadership role to collectively reverse the epidemic cure of HIV and AIDS pandemic.

For his part, Buba Sagnia, Director-General of the GID, in his keynote address told the gathering that the training is very much important for them.

GID boss, who told officers to bear in mind that whatever they learnt should go well with what they do at the various borders or entry points, urged the participants to make good use of the training.

He finally urged them to share the knowledge gained from the training with other colleagues. 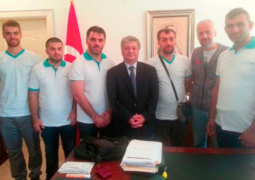 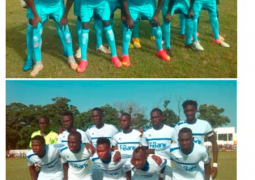