Scorpions captain Mustapha Toubabo Jarju has commented on the team’s travel arrangements for their 2014 Brazil World Cup qualifier against in at the weekend.

The skipper who was speaking in an interview with the BBC following their 2-1 loss to the Taifa Stars partly blamed the arrangements as the reason for their defeat.

The weather in was very hot, which was another contributing factor to their defeat, the Scorpion team captain pointed out.

Mustapha Jarju said they are disappointed with the outcome, especially after leading for the most part of the game.

He also said going through five countries for the game “definitely took its toll” on the team.

“We are disappointed we were leading 1-0 in the first half and then conceded very bad goals. played better football than us,” he admitted, saying: “If you can imagine how we travelled - we flew to then to then , then here []. We arrived here on Friday and it was difficult for all players to recover and play this difficult game. What can we do? We have to do our best.”

The Scorpions are expected to play on Friday 15 June in .

Meanwhile, a number of foreign scouts and some club officials were said to have been among the spectators during the Stars-Gambia clash last Sunday.

TP Mazembe’s striker Mbwana Samata, who featured in the Taifa Stars’ World Cup qualifier first leg tie against visiting Gambia at the National Stadium in Dar es Salaam was among the players that attracted attention of talent scouting agents from abroad.

Besides Samata, other top performers during the match included some Gambian players and Tanzanian players - Mrisho Ngassa and Mwinyi Kazimoto.

The scouts, according to ippmedia.com, came all the way from , and officials from South African-based clubs. 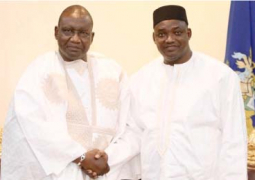 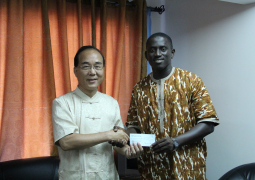