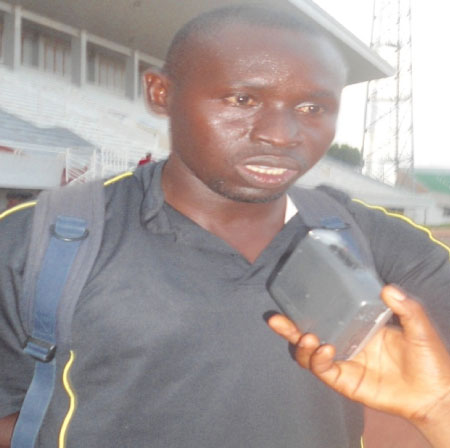 Kojo, who deputised head coach Mariama Bom, fearlessly guided the military girls to a hard fought 1-nil win over Red Scorpions to sit at the summit of the five-club women’s league table on 17 points one ahead of Red Scorpions, who were the leaders prior to the encounter.

“I feel very happy to win this game because it is very crucial in our fight to reclaim our fifth consecutive league title and this is possible if we continue working hard for it,” said the joyous assistant coach in an interview.

The ambitious coach, who was speaking after his side’s narrow win against fellow title challengers, was appointed to the role of assistant coach six years ago.

Since then, he has been an integral part of Interior’s league successes with the club winning four league titles in succession.

Coach Kojo is confident the same success story can be achieved by the club at the end of this year’s campaign.