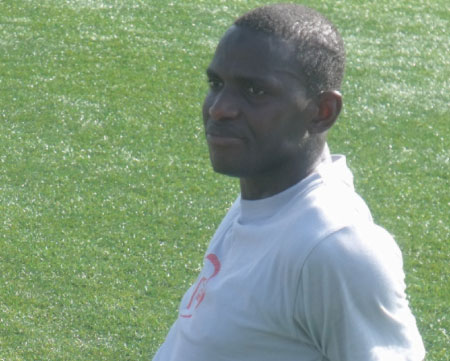 Armed Forces, who are 3rd on the league table with 26 points in seventeen games, will be aiming to recover from their disappointing goalless draw against Steve Biko when they meet struggling mobile outfit Africell, who continue to occupy bottom place with only 12 points in sixteen games.

The mobile outfit have played lesser games than other teams with a game in hand against Gamtel, who were in for the Wafu Club Cup competition a fortnight ago.

Interior, who find themselves at 10th place with 16 points, will face Young Africans at the Father Gough Sports Complex in Manjai Kunda.

Sunday games will see Wallidan rub shoulders with Bakau giant killers Steve Biko, who could only manage to collect one victory in 17 league matches, which came against neighbours and rivals Bakau United a week ago.

The two sides will come face to face at the Independence Stadium in Bakau tomorrow.

Elsewhere, league leaders Brikama United with 33 points in seventeen games will battle it out with 4th position Gambia Ports Authority at the Father Gough Sports Complex in Manjai Kunda.