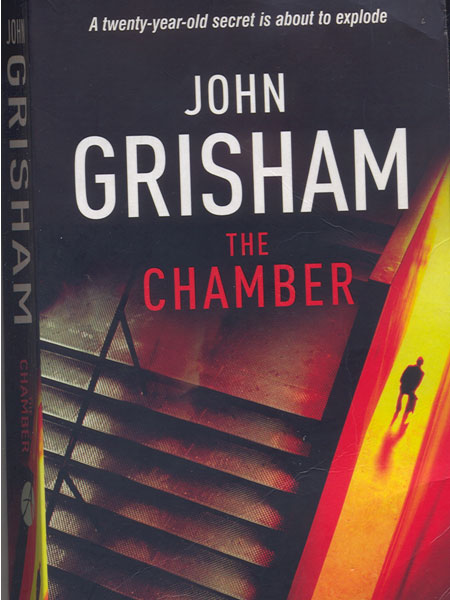 Sam Clayhall, a white supremacist, is on Death Row, for the murder of Josh and John Kramer, two Jewish children, in a bomb explosion. As he tried to escape from the scene of the crime, he was nabbed by the police. He stood trial for sometime, was released and then hauled back to the court. After a failed attempt by his lawyers to save him, he was sentenced to death. His crime broke up his family. His son Eddie, unable to come to terms with his father's despicable life, ran away from home to , to begin a new life. He changed his family name to Hall. apparently to avoid any connection with his disreputable father. But he followed his father's trial through the newspapers and TV. When the old man was finally sentenced, Eddie committed suicide. Eddie's son Adam Hall who got to know about the family's past through his aunt Lee decided to study law in order to defend his grandpa. On completing law school he took up a job with Kravitz & Bane, a law firm that had been handling the Sam Clayhall case. Though a rookie lawyer, he showed unusual amount of interest and commitment in the case to the amusement and surprise of his senior colleagues who wouldn't have anything to do with case, as Sam Clayhall had written all of them off as an incompetent lot. At last, he had his way and was allowed to carry on with the case. He plunged into the case with uncommon gusto, though he never told anyone that Sam Clayhall was his grandfather. Sam Clayhall was bewildered when the greenhorn lawyer met him at Death Row to tell him that he was about to resume the case. He dismissed him as a non-starter for two reasons. One, he came from the law firm that he despised. Two, he considered him to be inexperienced, thinking that he stood no chance of winning where his more experienced colleagues had failed. But Adam's self-assurance and optimism impressed the old man so much so that he decided to give him the benefit of the doubt. As they went over the case, Sam Clayhall saw that the young lawyer seemed to know much about him and his family. He listened more carefully and something struck a familiar chord in him: Adam Hall's voice, which was similar to Eddie's. Having realized that Adam was his own grandson, Sam Clayhall threw himself into the case with renewed vigour, forcing himself to believe that he had a fighting chance to escape death by hanging. The case dragged on, alternating between hope and despair. Eventually, the Supreme Court of the decided that Sam Clayhall had to die. Already in his late sixties, Sam Clayhall accepted the verdict with equanimity. He apologized to the family he had wronged and took full responsibility for his fate. In The Chamber, John Grisham raises the issue of changing values, Sam Clayman was born and bred in an era when it was the norm to humiliate and kill black people for the fun of it. But times change, and values become mutable; what was acceptable in one era becomes an abomination in another. Trapped in the values of a more lenient world, Sam Clayhall discovered too late, and to his own downfall, that ideals of the Ku Klux Klan are no longer tenable. Despite his violent past, Sam Clayhall comes across as a strong character who refused to betray his accomplice Rollie Wedge in order to get off Death Row. He reminds one of Oedipus, Okonkwo, or Odewale, tragic characters who when faced with the consequences of their action refused to flinch. This is a marvelous read that is worth everybody's while. It is available at