The Presidency of Zachary Herney is on the brink of collapse due to its NASA policy. And obsessed with succeeding him is Senator Sedgewick Sexton whose presidential ambition is underpinned by the privatization of space travel. To save Herney' s floundering presidency, William Pickering, head of NRO, arranges for a fake meteorite to be buried deep in the , which he allows NASA to discover. This incredible discovery is what keeps alive Herney's presidency. He gets Rachel Sexton the daughter of his political rival Senator Sexton to travel to the to verify the authenticity of the meteorite.

Rachel travels to the together with IVlichael Tolland and other scientists. They discover that the meteorite is a fraud. Some of them get killed in the process. So who is behind this scientific fraud? Both Rachel and Michael try to find out. In the process, they are subjected a relentless ambush that tests the limits of their physical and mental powers. They manage to get the message across to the Capitol Hill that the much-talked about meteorite that has been accepted a proof of extraterrestrial existence is fake.

Coincidentally, the fax message is received by Gabrielle Ashe, who works as Senator Sexton's personal assistant. When Senator Sexton lays hands on the incriminating document, he rubs his hands in glee, anxious to sink Herney' s presidency. Despite pleas to the contrary, Senator Sexton refuses to see reason, seeing the document as the key to his own presidency.

It is later discovered that William Pickering has orchestrated the entire deception. And when Senator Sexton goes public with his information of the fake discovery, he is laughed out of court as a vindictive politician. By contrast, President Herney is hailed for admitting his mistakes and apologizing to the American public.

This is an engrossing story that will keep you on the edge of your seat throughout, as it is action-packed. Read it. Tel: 4494345. 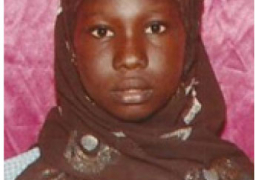