This book is a must read for anyone who is interested in "the inspiring, combative 2008 campaign and historic election of Barack Obama". It is an exclusive narrative based on exclusive and behind-the-scenes reporting by staff of Newsweek.

It is divided up into seven chapters, with a prologue, an epilogue as well as an appendix that features a full length interview with Barack Obama. The chapter headings sum up the content of each chapter. The first chapter reads 'How He Did It', then 'Back from the Dead', 'The Long Siege',  'Going into Battle', 'Center Stage', 'The Great Debates', and 'The Final Days'.

How Obama managed to become the first African American President of the is well articulated in the prologue of the book. " Obama ran in part, by arguing that his candidacy transcended race. Perhaps it did; many of us believed that his skin color, unusual name and unfamiliar background might well cost him the election. As it turned out, he won decisively, a rare feat for a Democratic presidential nominee. Does that mean that is now beyond black and white? No, but we are much further ahead than we were a year ago. Obama's victory, no matter what one's politics, is a redemptive moment in the life of a nation for which race has been called, simply and starkly, 'the American dilemma'." (p.ix)

Throughout the book, Obama's self discipline, amiable personality and unusual intelligence are identified as the factors responsible for his phenomenal political success. While McCain was always grumpy, Obama radiated hope and optimism. The Democratic eager to regain the White House after eight years in the wilderness were carried over by Obama's impeccable credentials. When he portrayed himself as an agent of change, the American public could see it visually. Contrary to all expectations, his biracial background served as an asset, as he appealed to both white and black.

Unlike both Hillary Clinton and John McCain against whom he ran in the Democratic primary and general election respectively, the youthful Obama carried himself with poise and grace, never letting himself or his campaign to be mired in personal attacks.

In her assessment of Obama, Oprah described him as "the One". As the book testifies, he fits the bill in that things that could have ruined other presidential campaigns turned out to be his boost. His pastor's vituperative racist sermon provided Obama with an opportunity to tackle the race question head-on. And this gave his campaign the necessary boost.

While Obama is portrayed as a focused presidential candidate, both Clinton and McCain are seen as the exact opposite. He won, according to the book, on the strength of his personality, focus and discipline. Despite the fact that he is a poor debater, his rhetoric was well received by the American people.

This is a wonderful book that anyone interested in American politics must read.

It is available at Timbooktoo. 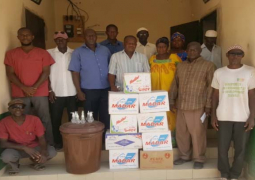 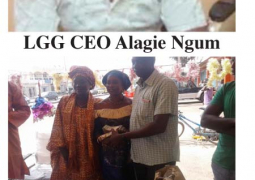