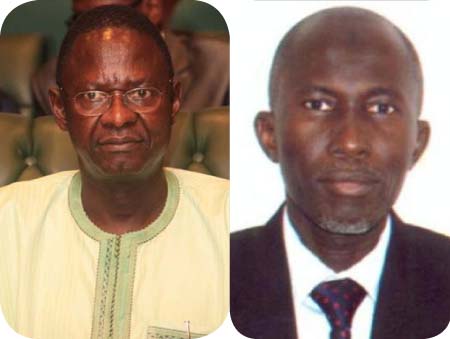 The African Development Bank Group will look towards the next half century and what it hopes to achieve on the continent, during its 2014 Annual Meetings in Kigali, Rwanda, this week.

The Gambia’s minister of Finance and Economic Affairs, Kebba Touray, and Central Bank Governor Amadou Colley are believed to be attending the AfDB annual meetings.

The event, where key decisions about the Bank Group are made each year, is attended by finance ministers and central bank governors from the Bank’s 54 regional member countries (RMCs), and attracts more than 2,500 delegates representing multilateral finance institutions, development agencies, the private sector, non-governmental organizations, civil society and the media.

This year’s meetings are taking place from Monday May 19 to Friday May 23, 2014 at the Kigali-Serena Annual Meetings Village.

From May 19, a series of high-level seminars and side events will address the continent’s economic, social and political issues, and seek solutions to ensure a better future for Africans.

The gathering will review the Bank’s 2013 operations and its 2014 development funding portfolio, as well as the objectives for the African region in key areas such as regional integration and trade, infrastructure, private sector development, job creation, governance and green growth.

The African Development Bank celebrates its 50th anniversary in 2014, with events throughout the year, culminating in a week-long celebration in November in Abidjan, to coincide with the Bank’s return to its official headquarters in Côte d’Ivoire.

The AfDB, Africa’s premier development finance institution, was established in 1964 to mobilize resources for the economic and social development of its regional member countries (RMCs) by focusing on poverty reduction and promoting sustainable growth.

AfDB and The Gambia

These multinational operations, one of which is the Trans-Gambia Bridge valued at D3.8 billion, are very important for regional integration and trade facilitation to the sub-region.

Recent AfDB’s operations in The Gambia have included the Institutional Support for Economic and Financial Governance II Project (ISEFG II), which contributed to the strengthening of the capacity of the National Audit Office (NAO) and its performance.

The Sustainable Land Management Project (SLMP) was meant to improve significantly livelihoods through promotion of community-based watershed/landscape management approaches, enabling resource-poor communities to reverse declining land productivity and overcome the causes and negative impacts of land degradation on the structure and functional integrity of The Gambia’s lowland, and upland ecosystem resources.

Through the implementation of the Regional Project on Sustainable Management of Endemic Ruminant Livestock (PROGEBE), which objectives is to conserve the biodiversity of endemic ruminant livestock and increase their productivity; tangible results have been obtained notably productivity records of the mini dairy centers; watering points and the containment of conflicts as a result of the stock route demarcation/fencing, among others.

The Rural Water Supply Sanitation Project (RWSSP) has direct and indirect economic and social benefits to women and girls in rural areas in terms of availability of adequate and potable water supply and sanitation facilities that allow the population to live healthier and productive lives.

The availability of these services enable the rural population, especially women to devote the time previously spent on fetching water on other productive activities.