There are people who have not gained knowledge and who are seeking knowledge. First, it must be known that it is obligatory in Islam to seek knowledge. The scholars state that man must obtain religious laws from his own expertise (ijtihad) or form following an authority in the field (taqlid). Precaution is a third method that has been mentioned. (Precaution is purely implemented on the plane of action. It is applied to gain certainty of the fact that one has performed his duty, but it is not a method of obtaining the actual ruling. This is because it is not possible to obtain the actual ruling or law without a proper demonstration that leads to certainty).

A famous prophetic tradition states: “Seeking knowledge is obligatory upon all Muslims [or upon all Muslim men and Muslim women].” The type of knowledge that for certain falls under thus prophetic imperative is religious knowledge. So while that tradition is general and includes other types of knowledge as well, the amount of knowledge which is a basic requirement is religious knowledge; and it is knowledge which is obligatory to learn. Nobody is an exception to this rule. A person is not permitted to forgo learning about religion. It has been stated in a tradition that when a person performs an action in opposition to the divine code he will be asked: “Why did you do that?” He will respond: “I did not know.” Then it will be asked: “Why didn’t you learn?”

THE METHOD OF SEEKING KNOWLEDGE

Now that it has become clear that seeking knowledge is obligatory, what are the methods that are involved in this search and inquiry? How can one practically remove doubts and differences? I will list a few methods from the Quran:

Who should be asked? In two places the Quran states that one should ask the People of the Reminder:

We did not send [any apostles] before you except as men to whom We revealed-ask the People of the Reminder if you do not know. (16:43)

Is it not a sign for them that the learned of the Children of Israel recognize it? (26:197)

Questions are of two types. One types demand practical solutions and prescriptions. Another type seeks reasons and demand religious precision that would lead to the realities behind the practice. Therefore, questions can be with regards to both taqlid and ijtihad.

There are two verses which point to this in the Quran. The first is the verse that was recited from Surah Nahl (i.e. 16:43). The second is a verse from Surah Anbiyya’:

We did not send [any apostles] before you except as men, to whom We revealed. Ask the People of the Reminder if you do not know. (21:7)

Second Method-Referring to Allah and the Messenger:

If one does not know something he should refer it to Allah. The verse of the Quran states:

Whatever thing you may differ about, its judgement is with Allah (42:10)

It is clear that religion was sent by Allah. The legislator is Allah; the judge is Allah. He must be referred to regarding religious obscurities or sectarian differences. Referring to Allah, as explained in traditions, is referring to the book of Allah.

The Messenger of Allah is mentioned in another verse (in one verse, the Prophet alone and those vested with authority are mentioned):

O you who have faith! Obey Allah and obey the Apostle and those vested with authority among you. And if you dispute concerning anything, refer it to Allah and the Apostle, if you have faith in Allah and the Last Day. That is better and more favourable in outcome. (4:59)

When a report of safety or alarm comes to them, they immediately broadcast it; but had they referred it to the Apostle or to those vested with authority among them, those of them who investigate would have ascertained it. And were it not for Allah’s grace upon you and His mercy, you would have surely followed Satan, [all] except a few. (4:83)

It is possible that the reason the name of Allah was not mentioned in this verse is that Messenger of Allah and those vested with authority were sufficient in obtaining a resolution. In the case at hand, the difference or dispute is not in regards to Allah’s rulings or the Canon Law. Rather, the ambiguity at hand is with regards to a report that must be decided upon after it is brought to the attention of the leader of the Muslims. In other words, in the first verse the differences were regarding Allah [and His will]; they did not [immediately] refer to anything in the material world, and hence they do not concern “contemporary issues.”In the second verse, the doubt is about an issue regarding an event that has taken place. This issue should be solved by the leader, who is the Messenger of Allah, or those vested with authority-those who are aware and have the ability of derivation. At the end of the discussion we will talk about derivation.
To be continued. 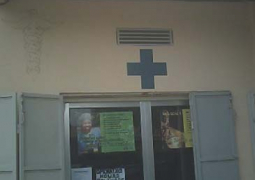