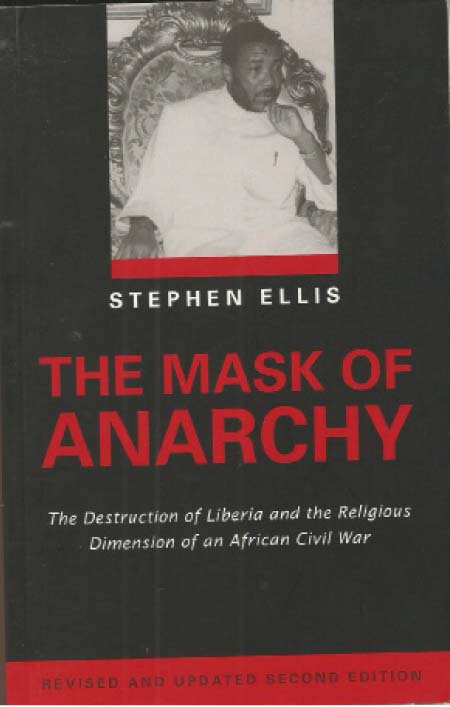 The Mask of Anarchy, Stephen Ellis, Hurst and Company, 2007 (revised and updated edition)

In this ground breaking work Ellis not only traces the course of the Liberian Civil War of 1989 to 1996 and 1999-2003, but also explores its possible causes and terrible human cost of the war. It is cliché to say that Liberia was one of the most violent African countries in the 1990s, when thousands of teenage fighters laid siege to their own country, looted it, raped it and destroyed it under the guidance of greedy and venal elders called warlords such as Charles Taylor, Prince Johnson, Alhaji Kromah,  George Boley, Rossevelt Johnson  (317-318) who led morphed and amorphous rebel killer squads such as NPLF, ULIMO, LPC (xiv) etc.

In his discussion of the casualties of the war, Ellis is inconclusive as he cites various figures from 15 to 45 000 killed between 1989 to 1997 (312). Yet, he contends that the human cost remains palpable in the huge mass graves and refugee camps dotted in West Africa.