Preparations have been completed for The Roots Bongo Band to hit the hearts and souls of the people, the music industry and the market with the release of its life-revival single.

Entitled Nanding, the single is the first African song to make waves in the music industry.

According to music experts, the band is created to promote African music as well as to compare notes with international musicians.

Speaking in an interview with this reporter on Tuesday at The Point offices, Nina, one of the brains behind the band, said The Roots Bongo Band is out to promote African music as well as to take The Gambian music industry to international level.

The music star told Entertainment that the song released by the band is a Mandinka love song recorded at Xalam Studio by Omar Trawalleh.

The band musician added that the clip will be playing on GRTS at any time as well as at other radio stations across the country. The clip is sung by Afang Maakang Baa and Nina.

“We sing about personal experiences and love to the people,” she said, noting that love has no colour or border.

Afang Maakang Baa, who sang the clip with Nina, said they have more plans, adding that the music is at the moment being promoted at various radio stations. 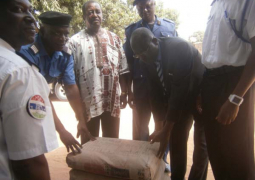 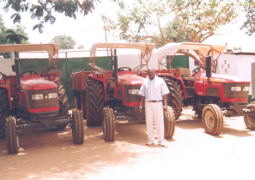