It is without doubt that the world in which we live, especially the African continent, is engulfed in a multitude of palavers, which should make one to wonder where humankind is heading towards.

In Africa, the crises in and the Darfur region of are cases in point!

They are among the causes of perennial instability on the continent, and problems for the international community, especially the Africans who are directly affected by these worrying situations.

Besides these two pronounced cases, one must take into consideration the ongoing cold wars and the conflicts that are deprived of proper media coverage for one reason or the other, but which continue to threaten the very fabric of their societies.

Take , for instance, where the current situation is making people worry day by day, with some commentators arguing that if the present scenario continues, it could lead to another civil war.

Indeed, with reports of abductions by forces loyal to Laurent Gbagbo, it is evident that not all that is happening is being covered by the media.

In the face of all the above, one of the answers that we need is to celebrate humanity, in the sense it was envisaged by the founding fathers of the United Nations.

These people never wanted to see poor Africans again dragged into wars, not even local conflicts of the sort seen so much in the continent in recent decades; those founding fathers wished never again to see discrimination of any of the world’s peoples; they wanted to see an end to the destruction of property, and life associated with war.

Perhaps the other answer to the above is a combination of truths: The people recognise that they have rights and freedom of choice in the way they are governed; that governments strive to deserve the trust bestowed on them to lead; that they recognise that without legitimacy they are nothing; that the people must be in the beginning and the end of any national endeavour; and that failure to secure legitimate governance leads to chaos and destruction.

We need peace, but peace must be earned by the correctness of the position of contending parties in any conflict.

The rest is with the UN, AU, ECOWAS, and up to us as individual Africans – we all must work to ensure that good governance prevails in , if we want to live in peace.

“More than an end to war, we want an end to the beginnings of all wars” 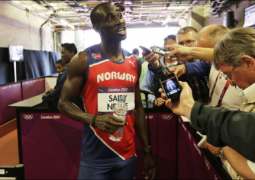 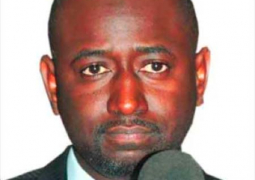