President Adama Barrow is expected to make public today his new Cabinet appointees to start the work of the new administration in earnest.

The nation eagerly awaits to know the new ministers appointed to serve the country.

Meanwhile, many people have already described and defined the type of personalities or calibre of people these ministers should be.

While a cabinet studded with highly-educated personnel and technocrat may be seen to be good and prestigious, such a people may also not make a successful government or be able to deliver the goods expected of a government.

In many a case in Africa, these respected technocrats and intellectuals have ended up failing  their nations woefully, as they are in most cases only interested in accumulating wealth for themselves and siphoning state resources to their bank accounts in foreign countries, to the detriment of the nation.

What is essential, in our view, is to ensure the nation gets a team of competent, committed and credible people who are ready to sacrifice to serve the nation well, to bring about the expected goods and development the nation so badly needed.

As has been stated by many, appointments to top positions should be based on merit, not on political affiliation, or the extent to which one was involved in the election campaign, or how close to or supportive one was of the President during this period.

We would like to reiterate that the new president needs to appoint an Information minister who knows very well the workings of the media, and also put together a strong communication team, to communicate effectively with the people and the media.

As stated in our previous editorials, the youth and sports minister should be someone who knows and loves sport; a person who can inspire the nation’s youth and take our sport to a higher level.

The ministers to be appointed in the new government should declare their assets, and be people who are free from excessive financial debts. They should be physically and mentally fit to steer the affairs of state.

The success of the new government would start from the type or calibre of people appointed to ministerial positions to serve the nation.

“ Rank does not confer privilege or give power. It imposes responsibility.” 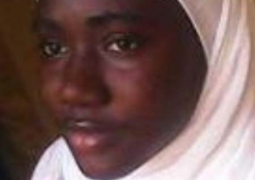