The Church had set aside the feast of All Saints since the year 800AD to commemorate the dead especially those who received martyrdom and not to forget about them. It is only the living that can pray for the dead. Many Christians were persecuted in those days by the then king but the Christians did not relent in their love for Christ. Those murdered in their cold blood for Christ and those that died suffering for Him were later remembered by the Christians setting aside 1st November 800 AD as their commemoration day. And since then they had taken November 1 every year to remember their loved ones and those who shed their blood for Christ.

All Saints Day in some countries is set aside for the commemoration of the dead and that day is  a holiday for school children. In The Gambia it is observed by the Christian community who go to the cemetery to pray for their dead. The situation becomes very solemn when one sees these Christians gathered or spread all over the cemetery. Before long the Cemetery is cleaned at the end of the rains. The has been the centre of such an activity each year although other villages may have a similar thing done where all will pray for their dead and remember them. The represents other in the Kombos as Christians always converge there to commemorate the death of their loved ones years ago. Many are seen praying on the graves of their loved ones even before or after the Holy Mass is celebrated. Some bring flowers to show how intimate they were to each other.

It is fact that some souls shall stay in what is called Purgatory for some time until they are good enough to go heaven. This is an area said to be between Heaven and Hell. It is when the soul is not qualified to go to heaven and the soul is not qualified to go hell too. As a result the soul stays in between, a place called Purgatory. The prayer offered by the living is said to be the key to helping them to go heaven. It is therefore pertinent to help pray for the dead to help them leave the purgatory stage if they are there stranded in that state.

Pope John Paul 11 said, "The celebration in honour of All Saints reminds us that we were made for heaven, where Our Lady has already gone and now awaits us. The Christian life means journeying here below with our hearts turned upwards, toward our heavenly Father’s house."

The other aspect is that of the All Souls Day. There are those killed and no one think about them. Some die away from home, others perish in war or in gruesome accidents and no one remembers them in prayer. The Church sets the 2nd November aside to commemorate those people who had died in such circumstances. These deserve prayers to help them go ahead to see God and not to perish in hell or remain in purgatory.

Many pray in earnest for their loved ones in many aspects. During special periods in the year Christians send in prayer requests to their parish priests and they pray on their own as well. The prayer often ends with "May light perpetual Light shine on them, amen!"

In His public ministry in , Jesus met conflict and confrontation according to Mark. His campaign began with the physical cleansing of the (11:15-18). Interrogated by the authorities, Jesus attacked them verbally with his parable of the vineyard and the tenants. He escaped arrest, only because his popularity with the people prevented it (12:1-12). His subsequent ministry became a series of controversies with the various religious parties, corresponding with those in at the beginning of His Mission.

One reads the one exception to these conflicts today. A scribe came to Him inquiring which was the first commandment of all. Our previous knowledge of scribes from puts us on our guard. It was they who had accused him, of casting out demons through Beelzebul (3:22) and risked committing the sin which cannot be forgiven (3:29). Jesus answered this Scribe with two texts from Scripture: we must love God with all our powers (Dt 6:4-5), and we must love our neighbours as ourselves (Lv 19:18). This, the most positive teaching of Jesus about the Law which we find in Mark, throws light on His previous criticisms of it practice (7:13; 10:5). Law must be informed by love (Gal 5: 14). The scribe not only complicated Jesus but also like a good rabbinical student, repeated this teaching.

Jesus compliments the Scribe as being "not far from the ." He joins the ranks of those like Bartimaeus, who appear on the Gospel stage only to disappear immediately. In this he is like the woman of , in that we are to respect his memory and imitate his attitude (14:9). The scribe's way of thinking made him good soil for the value of the Kingdom (4:8). In including Jesus' praise of this intellectual leader of Judaism, Mark reminded his Roman readers, especially those of Gentile background. They were not to despise the roots from which Christianity sprang nor the Jewish Christians in their community (Rom 1:16). 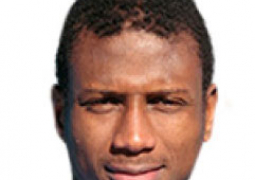