Ron Mango, Katchically United, Mamakoto and Uniqu FM are all through to the semi-final of the 2009\10 League Cup after beating Ngogu Demba Academy, Bantankoto, Luniburg and Sea View as the League championship in Bakau reached the crucial moment of exciting and thrilling Nawettan football at the Bakau Mini-Stadium.

Ron Mango whose hope of claiming the Super cup title failed to materialise after succumbing to a penalty shoot-out defeat against Linguere in the curtain-raiser is enjoying a spectacular start to the League competition and their latest impressive 2-1 win over struggling Njogu Demba Side is a clear testimony to the fact that they have what it takes to win the league cup this season.

They will face Mamakoto that also enjoyed a resounding 2-nil victory over Luniburg after Musa Camara and Alieu Ceesay had given them a deserved two-nil advantage in Saturday's semi-final.

Katchically that were involved in a dramatic penalty shoot-out win over Bantankoto is preparing to lock horns with Unigue FM that also enjoyed a hard-fought 2-1 win against the Hotel Club Sea View that failed to progress to the semi-final of the league championship when the two sides meet on Sunday 8th November at the Bakau Mini-Stadium.

Meanwhile, in a separate but similar development, the knock-out is also producing some fantastic games and revelation as it also saw four teams booking their places in the semi-final following some mouth-watering encounters.

They are as follows Linguere take on Milan on Thursday; Katchically United will entertain Vidar, while Bantankoto meets Luniburg on Friday 6th at the Bakau Mini-Stadium.

At the time of filing this report, Ron-Mango and Neighbours Saul Samba were locking horns with each other in the other knock-out quarter-final. 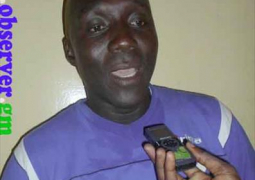