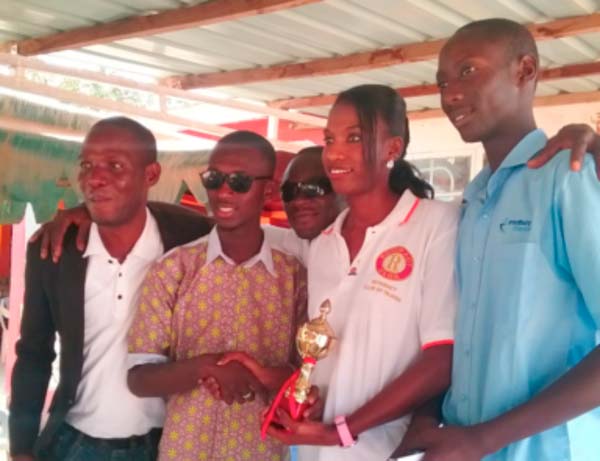 Officials and members of The Legacy, on 21 May 2016 donated blood to the Jammeh Foundation For Peace Hospital.

In an opening ceremony, the Hospital Administrator, Kebba Manneh (2), welcomed the participants to the hospital, saying the availability of blood in the hospital is paramount to quality healthcare delivery.

He said that whenever blood is available, it goes a long way in saving lives, adding that the rainy season is fast approaching and that any the blood that was harvested would go a long way in serving its purpose.

He said the hospital is building a new expansion block, where surgeries and operations would take place, and this would require more blood in the bank as it is key in quality health delivery.

Therefore, he said, this project came at the right time, and he thanked The Legacy and The Rotaract for taking up the initiative to donate blood and save lives.

The Rotaract International Commissioner and coordinator of the project, Khalifa Sanneh, said the Rotaract’s mission is to provide opportunities for young men and women to enhance their skills and knowledge, that would assist them to address the social and economic needs of their communities.

Blood donation, he said, is one of the most significant donations that one could make to the society, adding it is the mother of all donations as blood could not be substituted for anything.

Being cognizant of this fact, the Rotaract Club and The Legacy took it upon themselves to partner and organise a blood donation programme, he said.

He said blood donation is a human duty, and that body does not get affected when you donate blood.

The President of the Rotaract, Karen Mballow, said Rotaract is an international organization with over 7000 clubs worldwide, and with over 173,000 members.

She said the Rotaract is a subordinate of the Rotary Club of Fajara and that ‘Rotaract’ stands for ‘Rotary in Action’.

The club implements a variety of humanitarian environmental projects based on the interest of members with leadership to form well-rounded individuals for the working world.

The club president noted that the Rotaract has been engaging in different projects, and one among them is the Blood Drive which is aimed at saving lives in the community.

The Executive Director of The Legacy, Saikou Suwareh Jabai, said The Legacy is a youth-driven NGO that empowers young people locally and internationally, through its intervention areas like Education, Health, Career Development, Leadership, Guidance and Counseling, and Civic Engagement.

Jabai said donating blood is undoubtedly the most precious gift one could give to people, as it means saving lives.

He said The Legacy Blood Championship is a service-motivated project circle that is devoted to promote the participation of young people in the arena of blood donation.

He said the project would not only increase public awareness on the importance of blood donation, but it will also enhance the welfare of blood donors and seekers in The Gambia.

In their vote of thanks, Messrs Kelepha Secka and Jim Jobe, the Leprosy and T.B. inspectors of the hospital, thanked the two organizations for the donation, and hoped this was the beginning of a long-lasting partnership. 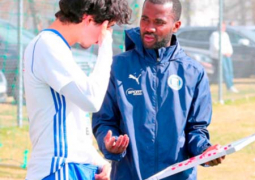