“A woman is an empowered woman who derives tremendous strength from the ability to be an independent thinker, particularly in a world that still teaches women how to be self-abnegating. This woman doesn’t live someone else’s standards, only her own” Sherry Argov.

A woman is an individual with feminine quality or aspect; womanliness and Independent in judgment or action. Thus the idiom “To be one’s woman” for example, “She has always been her own woman”. Women, since time immemorial have faced many problems and the making of decisions that would affect their future.

Most women face problems like forced marriage, rape and charges like murder and others know no difficulties at all. A woman was recently convicted, and this is her story;

One Kaddy Jawla, a native of Kunting village, was convicted and sentenced to death by hanging by the Special Criminal Court. She was found guilty of the murder of her newly-born baby by dumping him in an abandoned well in the in the Central River Region in 2010.

The defense counsel in his plea of mitigation told the court that the convicted person was married with three children, all of school-going age, and urged the court to temper justice with mercy.

This woman should have faith and know that a child is hard to come by. If she did not want or could not take care of the baby, she should give it to someone who would and wants to. She should start thinking like an independent woman. There is another woman who was forced into a marriage and she took that giant leap, hurriedly and silently made for the door. Once in the streets and alone in the dead of the night, she longed for the comfort of a house and a warm bed, and blanket from the cold biting wind. But she knew that fighting against the cold wind was nothing compared to her freedom. She ran as if the devil himself was pursuing her. She knew that she had no where to go not even to her parents, because they would eventually bring her back to her husband’s. That she did not want. She wanted to live an independent life, free from battery and assaults. A world where she would be financially independent, a world where she would be respected as a woman and be able to contribute her quota in national development, and a world free from early and forced marriage. She believed and knew that she could do it. It was then she took her first confident steps to freedom - wherever it took her to. She wanted to be an independent woman.

Women should be given a tap on the back for all the troubles that they go through. Amidst the waking up, preparation of breakfast, the school-run, preparation of lunch, school-run again, the taking care of children (especially single mothers), and the energy to perform wifely duties. Honestly, we should begin to ask ourselves where we find the energy to do all that. We should begin to measure out all what we believe that we are worth and start being leaders, and not convicts being dragged to the guillotine.

We independent women should stop agonizing and start organizing.

Together we can achieve a lot. 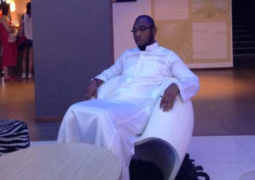