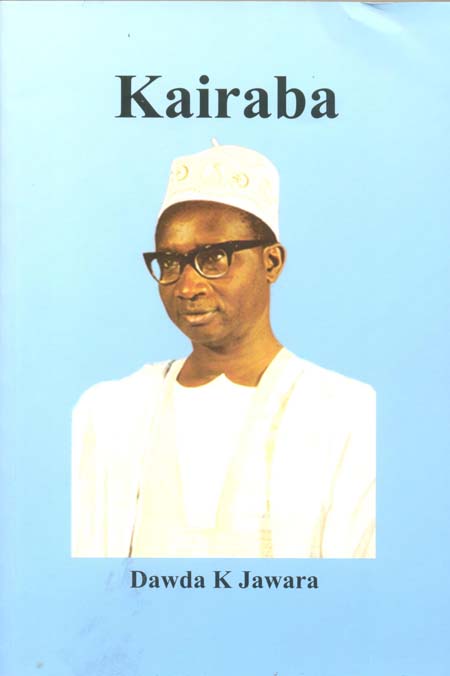 The first president of The Gambia, Alhaji Sir Dawda Kairaba Jawara has made history again by becoming the first Gambian statesman to write and publish an autobiography. Even before discussing the content of the book, I wish to highlight some reasons why this work is timely, relevant, unique and absolutely useful as far as the study and understanding of modern Gambian history is concerned. The publication of the book is no mean development. It should be a worthwhile read for not only the general public, but also historians and scholars on this country's political and economic evolution, in the past 50 years, when Sir Dawda was a strong and illustrious player as a civil servant, opposition politician, leader of the transition to Independence, and of the first three decades of independence. Books like this record and therefore, preserve history.

Studying Gambian history of any epoch can be a hard task for the uninitiated historian, especially, for the severe lack of published secondary materials by Gambians themselves. This makes us to rely heavily on what Europeans have written about our country, with all the biases, prejudices, ignorance and sometimes, arrogance of the foreign scholar writing from the outside. Sadly, even EF Small, perhaps the only Gambian pre-independence Statesman who is in any way comparable to Sir Dawda in terms of their great contributions to the political freedom of this country, did not leave behind an autobiography; all what we know of him we glean from his patriotic musings in his newspaper the Gambia Outlook or from the Intelligence Reports on his movements by the Colonial secret Police in Bathurst and London. This of course is not near enough to fill in all the gaps in the illustrious career of Pa Small.

Well, Sir Dawda too was heavily and extensively mediatised during his thirty two years as leader of this country from 1962-1992; his numerous speeches here and abroad, Honours, newspaper and radio interviews and so on are many and still in the public domain such as The Gambia News Bulletin (1943-1988) or the ever good West Africa Magazine (1917-2005). Yet, as for Small, this too is not near enough to even adumbrate no to say outline the rich, diverse and very rewarding careers of Sir Dawda. Unlike many African leaders of the first generation, very little is on record about his career before 1959 when he helped form the PPP, the nationalist party which was to eventually take The Gambia into full nationhood in 1965. He was an anonymous civil servant, 'cow doctor' (as Professor Hughes calls him) in a small office somewhere in Abuko or so, whom the press did not mention in their reports. So it is only an autobiography as this one, which can fill in all the details of his life pre-1959. And this part of Sir Dawda's life is of utmost importance to us historians because it laid the framework for his later life. The Child maketh the Man. To deconstruct Sir Dawda as Statesman, one must know the young Jawara of Barajally Tenda, Muhameddan and MBHS in Bathurst, etc. All his phenomenal success despite being an inexperienced political leader amidst the giants of Bathurst politics such as Jahumpa, PS Njie, AB Njie, Kebba Foon from 1959-1962 could be explained by his upbringing and early adult professional life, which only a work such as this autobiography could disentangle.

It must be said that the ability of Sir Dawda to set up a party with nothing except a few inexperienced provincials, no resources except the pecuniary goodwill of Sanjally Bojang  and his own meager savings, and win national elections within three years is an unmatched success in West African politics. Even Nkrumah spent five years building the CPP between his return from studies to winning the 1951 Ghana Elections. This dazzling party political success too could only be explained by Sir Dawda's early life which no source could have better handled than this autobiography.

Moreover, while many African leaders wrote their autobiographies in the early years of their careers, this book is coming when Sir Dawda had left power over a decade since and would thus be writing in reminiscences, with the power and advantage of hindsight, unlike Nkrumah who wrote his great autobiography Ghana in 1958, very early into his rule; Kaunda who wrote his Zambia Shall Be Free in 1962, two years before he became President, to name but two examples. I will now proceed to discuss the issues raised in the book.

The book is divided into 33 chapters and has three appendices. The Chapters chronologically follow on Sir Dawda's life from his birth in 1924 to the most recent activities of 2008. Chapters 1 and 2 chart his very early years and also traces his family origins to modern day Mali in the 'second decade of the 19th century' p.3. Chapters 3 and 4 and 5 discuss his early childhood in the idyllic village of Barajally. I should add that it was here in Barajally that the British made their first attempt in gunboat diplomacy in 1878 when they sent an armed armada up the river to the settlement to enforce the local chief to sign treaty allowing British traders unfettered access to trade in the area. Trade was always the lifeline of the settlement thanks to its riverine nature. Thus it was just normal that his father was a trader of repute in the area.

Chapters 6 to 9 trace Sir Dawda's early years in Bathurst as a school boy at the Muhameddan School built in 1903 at the initiative of Bathurst Muslim elders who wanted to send their children to Western School but were more comfortable if they had a school where Muslim precepts were taught. This school grew and soon became the Achimota of Gambia, producing scores of the technocratic, political and social leaders of pre-and post Independence Gambia. Chapter 10-12 recollect the World War II situation in Bathurst as Sir Dawda went to school. Bathurst was both a curse and pleasure to live in at this time. It was overcrowded and diseased with a high mortality rate due to poor sanitation, malaria and stomach diseases. Have a look at the burial records published in the pages of the Gambia Echo, and you will see how short life was for the people in the settlement. Yet, Bathurst at this time must have been a fascinating place for a young lad like Sir Dawda; it was multi racial, thanks to the hundreds of Royal Air force men on duty in the Half Die military base; multi ethnic and full of war time activity. For a young man with a typical rural upbringing, this state of affairs must have had lasting impact on his sense of tolerance and respect for other peoples' values and opinions.

In Chapter 13, Sir Dawda delves into his award of a scholarship to study veterinary science in 1945, and how he was to be away for a decade in Ghana, and Edinburgh, Scotland, before bagging a Doctorate in the field. His hobnobbing with the fiery African nationalists of the day in the UK must have begun to instill in him the currents of nationalism and freedom for his own people. But a lot more was destined to happen before he gets soaked into politics.

In Chapters 14, 15, Sir Dawda narrates how he was immediately employed as a government veterinary officer soon after he returned from studies, and allocated a big bungalow at Abuko, p.169. The outbreak of a killer cattle disease soon after gave him a baptism of fire, and his success at this first trial must have won him the respect of the colonial authorities, which later gave him a promotion to the highest position an African could aspire for in those days.  Sir Dawda's entry into politics in 1959 and his very phenomenal success which culminated in his wining the 1962 elections is recounted in Chapters 16-18. This is the period in his life which is fairly well documented by historians, and the profiles in authoritative journals like West Africa. Here the informed reader will be in familiar territory because the dramatis persaonae shift from Master Sallah, Sillah, Pa Yoma to PS Njie, SM Dibba, SS Sisay etc.

Chapters 19-27 recount the entire 32 years of Sir Dawda's leadership. Here he comes out as an astute leader who helped to build his country by building trust and friendship with the whole world. Gambia attained Independence with nothing except faith in God, good friends, dedicated civil servants, patient citizenry and a good leader. The hotchpotch of these nailed the lie on the idea of our country being unsuited for nation hood in 1965. Not only did we survive as a nation, but we won respect from our peers as peace loving and stable.

The 1981 failed coup is treated separately in Chapter 24. Sir Dawda calls it an 'assault on democracy,' p.308. This is an understatement. This aberration was the worst event to have hit this country. It was worst than an epidemic, tsunami and earthquake put together. It shamed us before the world. According to the Chamber of Commerce estimates the violence cost businesses USD 13 million or D42 million at the 1981 value; 300, 000 Gambians were in need of food aid (see Gambia News Bulletin, 21/9/81, p.2); more than 500 people died; several hundreds were detained, and  Sir Dawda was constrained to approve the first and so far only judicial execution since Independence. Chapters 28-33 are of current events since 1994 when he lost power; these events are still too recent to be ready for historical scrutiny as historians need to give time the time to become history.

This book is an invaluable asset for Gambian scholars, leaders and public. It is a passionate and frank rendition of the life of one person who could rightly called the Founding Father of this Nation, under whose leadership our dear nation defied the odds to become a respected member in the comity of nations in peace and stability. He writes without an iota of bitterness or disappointment. In writing this autobiography, Sir Dawda has thrown the challenge to other living Gambian political leaders to share their rich experiences with posterity in a fixed form, in a book.
Of course, this does not mean that historians shall henceforth cease scrutinizing Sir Dawda?s tenure for new materials. What the autobiography can do to the serious historian in fact, is to whet their appetite further for research, for it has provided a baseline on his career and for sure as the years roll on a lot more will have to discovered, analysed and written on this very important episode in our collective memory. 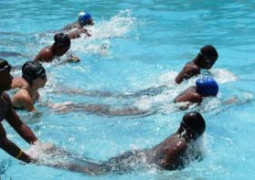