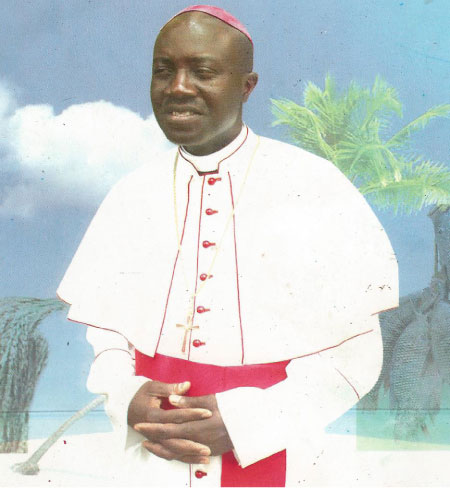 On Saturday, 21st April 2012, the forth Bishop of Ziguinchor, Bishop Paul Abel Mamba was consecrated. The diocese of Ziguinchor was first established in 1888 and from then is seeing its fourth Bishop and Pastoral leader.

The first Bishop of the Diocese was Monsignor Prosper Dodds (1947). He was later succeeded by Bishop Augustine Sagnia in 1967 who took over the seat of the Bishop until his retirement in 1995. Bishop Maixent Coly succeeded him and served until August 2010 when he fell ill and died.

On the morning of the day of the consecration of Bishop Paul Abel thousands of people congregated on the grounds of the Junior Seminary from various near by countries such as The Gambia, Guinea Bissau, Mauritania and as far as France and Belgium.

The ceremony of the consecration of the new Bishop included a lot of rites. The most prominent of them all was the laying of hands and the handing over of the mitre and crocier. The mitre is the big hat that a Bishop normally wears and crocier is the staff which the Bishop holds as the symbolism of pastoral leadership.

At the homily of the consecration, the Arch Bishop, Cardinal Adrian Sarr first and foremost spelt out the duties and responsibilities to the new Bishop. He encouraged him to be like Christ, the good Shepherd and pastor. He also admonished the new Bishop to embody the names that he carries, Paul Abel Mamba. This means that the new Bishop would be Zealous to preach the word of God like St. Paul, be the offered of best gifts like Abel to the Lord and be shrewd like the snake called “the green mamba” in the ways of God. He should be shrewd and clever in dealing with matters in his diocese especially the situation of the rebel war in the region of Casamance.

The consecration ceremony and mass was well sung by an integrated choir of choirs. The choirs came from the different parish churches within Ziguinchor and they sang in various dialects such as Jola, Mankagne, Wollof, Manjago, Kreol and French. The order of mass was sung in Latin which accommodated every one in the congregation.

The new Bishop, Paul Abel Mamba at the end of mass gave a vote of thanks and also spelt out his aspirations for the Diocese. The Bishop first and foremost thanked his entire predecessor Bishops who are alive or dead and acknowledged their role in taking care of the diocese pastorally.He also thanked the consecration Bishop and his assistants who came from far and near.

Bishop Paul Abel was quick to express his zeal to work closely with all the priests of this diocese. He urged the priests to collaborate and work hard for the progress of their diocese. He also urged the lay faithful to take on their noble calling to serve the Church at all levels. They have been assisting the Church in various parishes and so should continue with greater commitment.

Bishop Paul Abel Mamba is a son of Cassamance and was born in Cabrousse on the 5th December 1960. He was the second son of a family of five children. He entered the junior seminary of St. Louise of Ziguinchor in 1975. After his completion at the junior seminary, he got enrolled at the Senior Seminary at Sebikhotane in 1982 for his studies for the priest-hood. He was ordained as priest on Saturday 8th April 1988 at his home town of Cabrousse. He became the first priest of this region and tribal people of Cabrousse. Bishop Paul Abel after ordination exercised his ministry at different places.

First he was appointed to teach at the junior seminary of St. Louise where he served for three years (1988-1991). Between 1991-1993, he was sent on loan to the diocese of Tambacounda where he worked and took care of formation of young people in the junior seminary. He went on sabbatical leave to take up some studies at the Catholic Institute of Yaoundé in Cameroun. After his studies, he returned to the diocese of Tambacounda where he continued to serve for another period of eleven years (1995-2006).

He was recalled to his home diocese of Ziguinchor where the seat of the Bishop was vacant after the death of Bishop Maxient Coly. The Church in Rome named him as Apostolic Administrator in July 2010 and Bishop elect in January 2012. The Christian Panorama wishes Bishop Paul Abel Mamba a fruitful ministry. 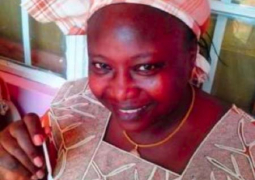