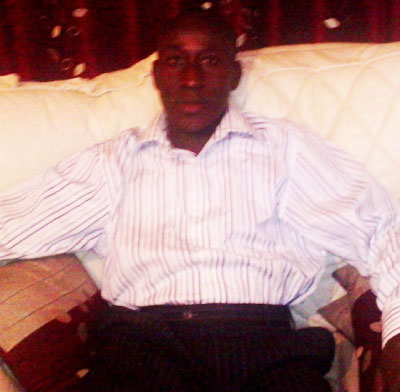 The managing director of Taranga FM, a community radio station, in the of in the Kombo North district of the West Coast Region has return from the , where he took part in a week-long training course on community radio and new media.

At the invitation of the US Department of State through its International Visitors Leadership Program (IVLP) facilitated by the US Embassy in , Ismaila Ceesay was among dozens of journalists and media owners exposed to another media environment, in order to familiarize themselves with how radio stations and new media work and change the world in which people live.

Founder of Insight Training Centre, Ceesay told this reporter in an interview at the weekend that the program centered on community radio and social media.

“The major focus of the trip was training; it was not only restricted to training but dialogue as well, since we discussed about community radio, social media and its impact,” he said.

“We saw how a vibrant social media is in today’s world of journalism; we can see that social media plays an integral part in the revolutions we have seen in other countries, likewise what citizen journalism can also do today. People can access or gain access to news even where there is no trained journalist, all because of the social or the new media,” Ceesay told this reporter.

According to Ceesay, apart from what he learnt during the program, he was also privileged to visit some news agencies and institutions like the Voice of America (VOA), 10 10 Wheel and seven other radio stations in New York and Washington D.C. looking at output and the quality of programs they broadcast,.

He noted that it is always difficult to compare the modus operandi of the media to that of The Gambia; as he put it, the have capital and human resources to operate, and have technology and knowledge at their disposal.

However, he noted that Gambian journalists are doing tremendously well considering the environment in which they operate.

He added that the knowledge gained in the US will be fully implement in his radio station, adding that the participants had learnt from each others’ experience, and that he had the opportunity to explain to them how the radio stations operate in The Gambia.

“They were amazed, because they did not know how we managed over here; in comparison, yes they have advantage over us because they have equipment and the knowledge,” Ceesay added.

In his view, it is important for people to live in a free world, where everyone will be proud of his or her country and of him or herself.

“If we want to have what Americans have, I think we have to work hard to catch up, and do what they are doing. So we should not depend on someone to dictate what goes on around the world, but depend on the people of The Gambia,” Ceesay further stated.

He commended the American Embassy through its Public Affairs unit headed by Tula Orum and the entire family at the Embassy for the opportunity given to him to visit the .

Meanwhile Ceesay also while in visited the head office of the  for Journalists (ICFJ) in , the Committee to Protect Journalists (CPJ) and other U.S-based institutions that work with journalists around the world.