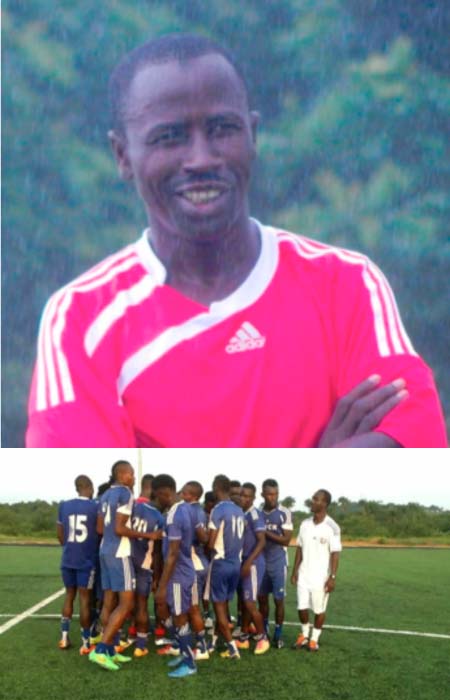 Coach Manneh’s club LISCR FC needed just a point to be crowned champions of the Liberian Premier League in the final day of the 2016-17 league season.

LISCR FC drew with Keitrace 1-all in the final game of the season to win their third league title under the Gambian coach.

Coach Manneh is also bracing up to play the FA Cup final on Sunday 13 August.

The former Gamtel/ Gamcel coach and charges were forced to wait a little longer before they would lift the league crown when Invincible Eleven held them to a 1 – 1 draw in their previous game.

Coach Manneh’s quest for the double remains very much alive as the team overturned a 3 – 2 first leg deficit in an astonishing 3 – 0 second leg comeback over Keitrace FC, to sail through to the FA Cup final, set for Sunday 13 August.

LISCR ascended the league table as leaders following a 12-point deduction from rivals FC Fassel after the team was found guilty of featuring ineligible players in four matches.

Midway through the league season, after drawing several matches, LISCR FC switched their attention to the FA Cup.

In continuation of their unbeaten run in the league, the Shipping Boys won five and drew four games in the second period of the league that moved them second on the league table with five points behind former league leaders FC Fassel.