Alagie Nyassi the head coach of Tallinding United FC has expressed delight with the performances of his team following their narrow 2-1 victory over Lamin FC in the FA Cup. Coach Nyassi made this remarks to Pointsports shortly after the game.

He disclosed that the performances of his boys was up to  expectation and expressed confidence that they will do their level best to make sure that the team win their next fixtures against Nema United on Saturday at the Independence Stadium.

Coach Nyassi noted the need to adjust their defence line in order to contain their opponents in their up coming games. He affirmed that his team will prepare well for the next game against Nema United. Therefore, he call on all Tallinding United fans to come out in their large numbers to cheers the boys come on Saturday.

For his part, the head coach of Lamin F.C Mr. Lamin  Fofana, revealed Lamin FC have take the defeat in good faith and will go back home to prepare for the next season.

He further revealed that he have succeeded in achieving his target that is to maintain second division football which he describe as a major success.  "Now we will focus our mind on how to gain promotion to first division come next season" he continued.

Coach Nyassi commended his fans for their valuable contribution towards the welfare of the team during the league and the FA Cup championship and he urged them to keep up the good job they rendered to the team. 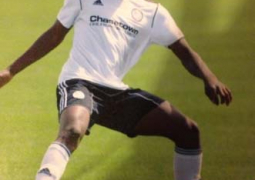 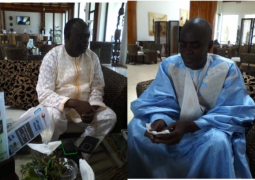