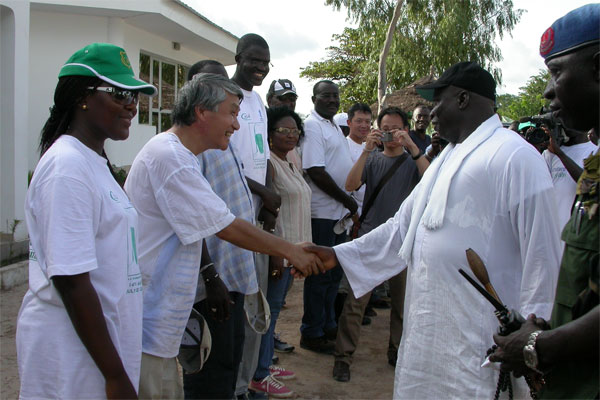 The called made by the Gambian leader for people to go back to the land continues to receive a massive response from both Gambians and non-Gambians.

The officials of the Taiwanese Technical Mission in the country, and other Taiwanese nationals, on Saturday took part in a weeding exercise at President Jammeh's farm in Kanilai.

According to Taiwanese Embassy sources, the move is in response to the president's call for people to go back to the land.

Meanwhile, when he visited the volunteers on the farm, President Jammeh thanked the Taiwanese for their support. He described Taiwan as a true and genuine friend of The Gambia.