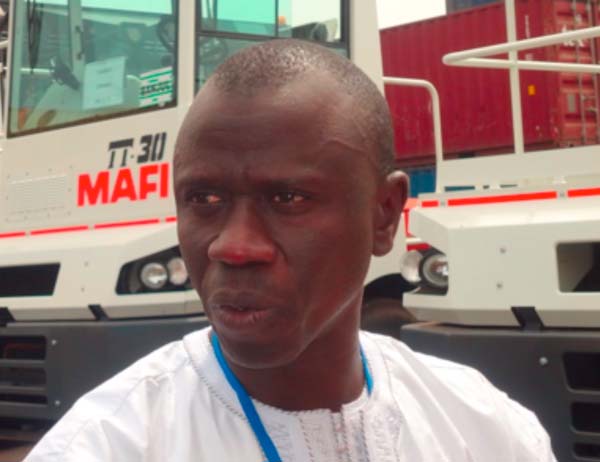 The Managing Director of the Gambia Ports Authority (GPA), Lamin Sanyang, has said the management of the authority through its board of directors would continue to invest “heavily on equipment and ports expansion”, to ensure better and effective service delivery at Banjul port.

“Our aim is to ensure that GPA becomes one of the best in the sub-region,” MD Sanyang said.

Mr Sanyang made the remarks when delivering a speech during the commissioning of the newly-procured cargo handling equipment worth over 1.8 million euros, held at the authority’s office in Banjul recently.

The GPA MD further said the procuring of the cargo handling equipment was aimed at augmenting the already available fleet for cargo handling, so as to achieve greater productivity in handling of ships and cargo deliveries at the ports.

According to him, there is an extension of 18,000-square metres to the container terminal, and the construction is underway.

The GPA MD further harped on the importance attached to ports expansion, adding that when construction is completed it would greatly improve the parking zone for the number of containers expected to pass through the port of Banjul.

He thanked the President for his continued support, and assured him that the management of GPA would live up to expectations to ensure effective service delivery at the GPA.