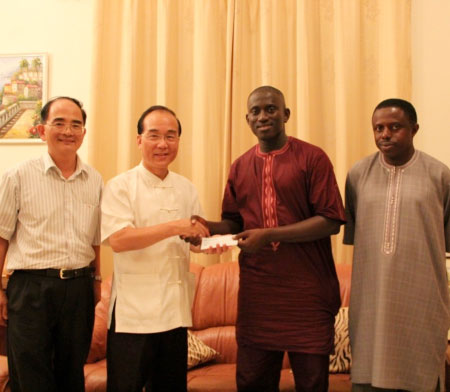 The Minister of Presidential Affairs, Secretary General and Head of the Civil Service, Hon. Momodou Sabally, on behalf of the Government of The Gambia, last Friday received a cheque for US$442,000 from H.E. Samuel Chen, Ambassador of the Republic of China (Taiwan) for the development of The Gambia football team.

According to a press release issued by the Taiwanese embassy, the project is aimed at improving the performance of The Gambia national football squad and enhancing their capability to victoriously compete in the coming international football games.

Presenting the cheque, H.E. Samuel Chen said football is the most important sport in The Gambia.

Taiwan is willing to help raise the standard and morale of The Gambia football team based on the strong bilateral cooperation between The Gambia and Taiwan.

The donation reflects Taiwan’s commitment to the development of The Gambia’s sports sector, he said, adding that President Yahya Jammeh is a visionary leader determined to take The Gambia football team to the top of the world.

Hon. Sabally, in his response, expressed sincere words of gratitude to the Taiwanese government for its continued support to The Gambia, saying the money will be used judiciously.

He said further that football is a major contributor towards the development of youth in particular and, by extension, the nation.

It also promotes unity as everyone comes together to give the necessary support.

He also expressed hope that the funds will help to elevate the status of the Gambia football team at the international arena.

SHE SHE SHE: When will an FGM bill find its way to the National Assembly? 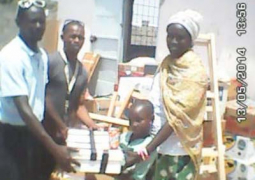