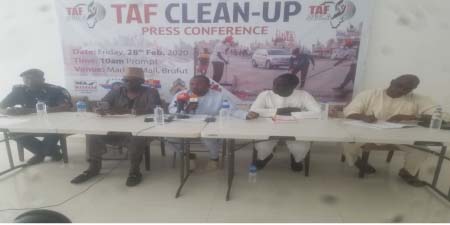 TAF is a Pan African organization that dedicates 1% of its total revenue to advance meaningful development and growth of communities that it serves. The exercise, dubbed TAF cleanup is geared towards ensuring that people live in a clean and healthy environment for development.

He highlighted the previous exercises they had, saying that it was encouraging and they had positive responses from different government departments and the general public. He called on Gambians to join the initiative, saying any equipment available or man power that could help during the exercise will be highly appreciated.

Representing the Gambia Police Force, Khalilou Njie, Regional Commissioner for Kanifing said the police is pleased to be associated with the initiative, assuring their commitment towards it. He called on Gambians and non-Gambians to join the exercise, describing it as worthy.

Bakery Manneh from the National Roads Authority said the TAF clean-up is one of the best initiatives that they have been waiting to be a part of. “It is our responsibility to clean our environment. Nobody will clean our environment for us and when the environment is clean, it assures the healthiness of the citizens,” he pointed out.

Modou Jonga, CEO of Brikama Area Council described the initiative as timely, saying that it forms part of their mandate in ensuring that there is a clean and sustainable environment for residents of West Coast Region.

Mr Jonga said the council alone cannot achieve much in environmental sanitation without meaningful partnership. “Kombo North is a highly urbanized district in the region. This is a step in the right direction and it is important that we demonstrate commitment between stakeholders to keep the environment clean,” He emphasized.

He encouraged staff of the council and the general public, including business owners to come out in their numbers and take part in the exercise. 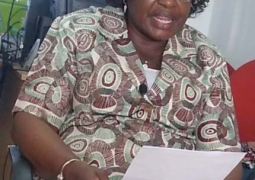