Migration is considered as one of the crucial global issues of the twenty-first century, as more and more people are on the move today than ever before in human history.

In fact, according to UNHCR, there are now about 192 million people living outside their place of birth, which is about three per cent of the world's population.

What makes the issue even more complex is that people move for different reasons, including for reasons which sometimes are not of their own making.

For instance, labour migrants obviously move in search of better paid jobs, while many others migrate due to political, religious, or socio-cultural reasons.

In any case, there is growing recognition that migration is an essential and predictable component of the economic and social life of every country. Therefore, when properly managed, migration can be beneficial for both individuals and societies.

We are with the conviction that those campaigning against migration should rethink their approach to the whole palaver, and look at the reasons why people are moving.

Hence we can do nothing about reasons for migration such as family reunification and health; equally developing countries should promote good governance, create more job opportunities for their citizens, observe respect for human rights, and allow freedom of the press to exist. The absence of all these in the so-called third world countries are all push factors.

Since one cannot stop the movement of people for obvious reasons, therefore there is a need to develop a proper international approach to make the world a safer living place for all.

Another thing is that so long as the world does not stop all the ongoing conflicts, and prevent others from happening, people will continue to move just to secure their lives.

Irregular migrants could be found all over the world, especially in Europe and US. These countries need a more comprehensive policy to better manage migration issues.

Since the undocumented migrants are not only helping to support their families back home in Africa, Asia and elsewhere, but are equally contributing to the development of their host countries. Most of them pay taxes and are working either as highly skilled workers or unskilled labourers. Developed countries must open up their labour markets.

Some countries are indeed found wanting in their attitude towards migrants either through their xenophobic attitudes, detention of migrants in unhygienic centres, torture of migrants, among others.

Asylum seekers in some countries have also suffered a lot due to long procedures which most times end with disappointment on the side of migrants.

Please, let us tackle the push factors of migration first so as to seriously address the problems associated with the phenomenon. 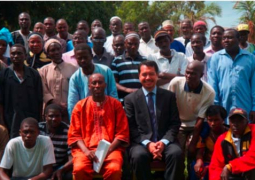 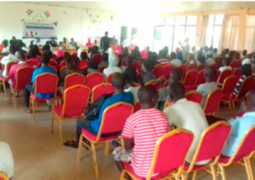