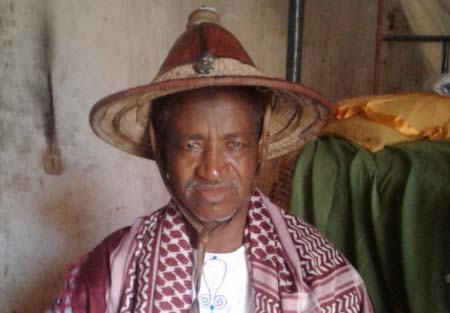 Members of Tabital Pulaagu International who are drawn from Gambia, Mali, Senegal, Cameroon, Libya and Burkina Faso have condemned the visit of some of their Gambian members to President Adama Barrow at Statehouse.

Representatives of the five countries met at Sinchu Kayel in the Central River Region to respond to the growing concern raised by Fulas around the continent on the decision taken by the Gambian Association’s president Seedy Dem, to meet the President.

The members also said they didn’t recognize Seedy Dem as the leader of the Gambia chapter.

Momodou Kandeh, the person who the association recognise as President of The Gambia Chapter, said President Adama Barrow should avoid interfering with the affairs of the group. He said the group was established to promote the Fulani culture and has nothing to do with politics.

Mr Kandeh also gave history of how he was single handedly picked by the International group as President through the support of Buba Baldeh.

According to him, President Barrow himself knew very well that he is the President of the group, saying he presented the papers that were given to him by the group to former President Jammeh at the time but Jammeh told him he was not going to allow the group to have a chapter in the country.

“I presented the same papers to President Barrow myself when he was elected and informed him of our plans to establish the group in the country and he gave us his blessing and D10, 000. D5000 for his registration and the other D5000 for fares of some of our members who came from afar,” he added.

Kandeh disclosed that Buba Baldeh was among the first driving forces that helped spread the association in The Gambia.

The association’s ambassador in Tripoli, Musa Jallow said he was shocked when he heard Seedy Dem was planning to lead a Fula delegation to the Statehouse to meet President Barrow on behalf of Tabital Pulaagu, because they only recognize Momodou Kandeh as the leader of the Gambian chapter.

The representative of the President at the meeting, Maimuna Baldeh thanked the members of the group for their clarification on the leadership of the group.

She told the meeting that it was Seedy Dem who went to Statehouse to inform President Barrow that the association wanted to give him their support, saying that the meeting was never invented by the Gambian leader.

She said if Barrow had known Seedy Dem was going to divide the Fulas, he would not have accepted his suggestion.