The Supreme Court of The yesterday deferred the appeal filed by the jailed former armed forces chief Lt. General Lang Tombong Tamba and six others until the next session of the court in October.

General Tamba along with six other senior security officers and a local business tycoon, who were condemned to death by the Banjul High Court in July 2010, are now challenging their convictions before a five-member panel of judges of the Supreme Court.

At the resumption of the hearing at the Supreme Court, defence counsel S.M. Tambedou told the court that he had served the state respondent with briefs since 18 June 2012.

In response, the Deputy Director of Special Litigations at the Attorney General’s Abi, acknowledged receiving the appellants’ briefs, but was quick to remind the judges that they are still within the time limit and are working on the respondent’s briefs.

The lead judge however reminded the parties that their respective addresses should be filed on time, adducing that his co-judges would read the address and form their opinion.

He said some of the judges are sitting judges in other countries, urging the parties to prepare on time.

Chief Justice Agim subsequently adjourned the matter till the next Supreme Court session in October 2012.

It would be recalled that the appellants were sentenced to death by the High Court in for treason on 15 July 2010.

They then appealed against the high court verdict before the three-member Gambia Court of Appeal, which dismissed the appeal on April 2011.

The accused opened their defence and, following the completion of the defence testimony, both the defence counsel and state prosecutor addressed the court.

The person executed was Mustapha Danso, a convicted paramilitary officer, for his part in the killings which occurred during the coup attempt. 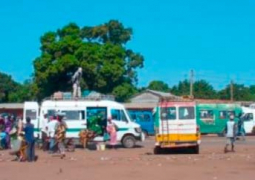 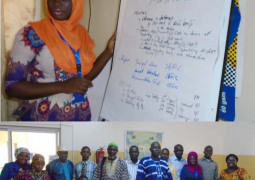