The 2019 Africell-sponsored super Nawettan quarterfinal battles will commence tomorrow, according to the news emanating from the country’s community biggest football festivity organising committee.

As part of the matches, defending champions Serrekunda East will play against Serrekunda West in the all-Serrekunda derby encounter at the Father Gough Sports Complex in Manjai Kunda at 4.30pm.

The East boys will affray to pip Serrekunda West to navigate to the semifinal as well as keeping their chances of retaining their super nawettan crown.

The West boys will tussle for vengeance to cruise to the semifinal after slipping to Serrekunda East 3-0 in their final group match last year.

Kombo East will take on Brufut at the Brikama Box Bar Mini Stadium on the same day.

Both sides will battle to win the match to advance to the semifinal match following their flamboyant performance in the group stage of the annual football carnival. 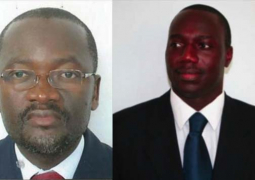