Balla Academy defeated Zam Zam 1-0 in a game played at the weekend in the Serrekunda Central Nawettan at Mboyo Football Field.

Mustapha Bah was on target for Balla Academy in the 66th minute of the game. However, the victory could not earn them a place in the second round of the Nawettan.

Seaview came from behind to drew 1-1 with Regin in the 2013-2014 Sukuta Nawettan game played at the Dembadou Mini Stadium in Sukuta.

Nigeria U-17 to Face African Champions on Saturday 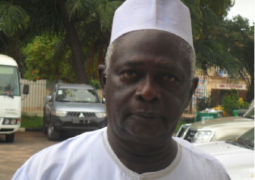