The people of Sukuta in Kombo North District have claimed what they called their ownership of a land from the Ministry of Lands, Lands and Survey Department of the Physical Planning, saying it was an unlawful act for these institutions to the take the land from them.

At a press conference on Sunday, the ‘Sukutarians’ said the mentioned institutions are selling lands in Salagi that belong to the community, a practice they said must cease before it creates a problem.

Kebba Nfarama Darboe said the lands ministry during the former government unlawfully took their land on the claims that it was going to be used as a layout for the government.

He said that didn’t turn to be the case because they are now selling the land among themselves and their close relatives.

Lamin Laboy Jola Cham, another resident of Sukuta said Sukuta has faced a lot of land confrontations with the government, but said this one is a different case because the former president Yahya Jammeh did not even know the existence of Salagi and even once made that clear to them in one of his Sukuta meetings.

Mr. Cham said the former president Yahya Jammeh established the Lands Commission in The Gambia and when the issue of Salagi came, he sent his Justice Minister at the time; Basirou Mahoney to come and see the said areas.

“And what he told us was that the said areas were not part of the government layout.”

According to him, most of the areas like Brusubi and Nemasu are all part of Sukuta and they never called them Sukuta layout.

He noted that seven communities in Sukuta Sabiji are the owners of the land and there are more than 2000 young people in those communities who are now ready to take their land because lands ministry and physical planning are selling them.

He warned the government to look into the issue before it gets out of hands, saying if the youth build their fence to protect their land, the physical planning will send their officials to demolish them. 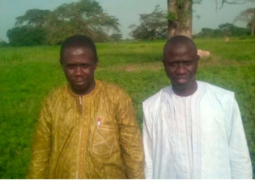 ‘Payment vouchers must be accompanied by appropriate supporting documents’